By Guo Yingzhe and Chen Xi 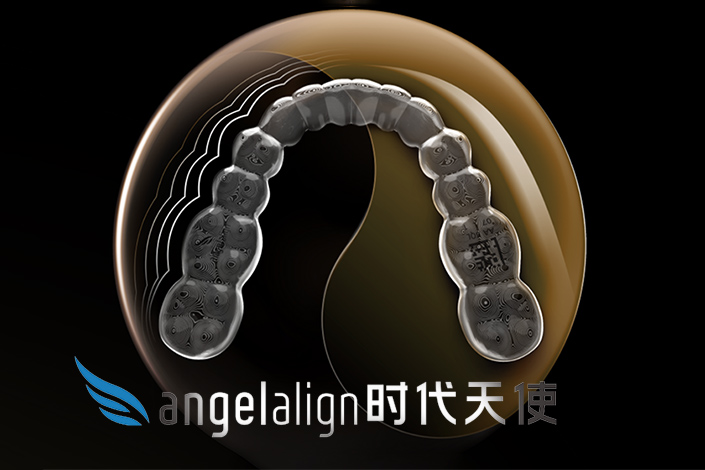 Chinese dental braces maker Angelalign Technology Inc. surged in its Hong Kong trading debut, as investors’ mouths watered over a market analysts expect to grow as much as eightfold over the coming years.

Shanghai-based Angelalign, which makes a type of see-through plastic braces known as clear aligners, closed up 131.7% at HK$401 ($51.6) per share on its Wednesday listing, raising about HK$2.7 billion. It gave up some of those gains on Thursday to close down 5.2%.

The surge comes as the city’s retail investors continue to bet on smaller listings of niche firms. Analysts expect China’s underserved market for orthodontic treatment to expand rapidly due to growing demand.

The market could grow to $29.6 billion in 2030 from just $7.3 billion in 2019, analysts at brokerage Sealand Securities Co. Ltd. estimated in a Wednesday note on the company’s IPO.

The specific niche for clear aligners could grow at an even faster rate, analysts at Guosheng Securities Co. Ltd. estimated, saying that the segment could expand from 10 billion yuan ($1.56 billion) last year to 80 billion yuan by 2030. The low rate of adoption of the treatment in China means greater growth potential, they wrote in a Wednesday report.

Retail investors were enthusiastic about the Angelalign IPO, with the retail portion of the debut oversubscribed 2,078 times, making it the second most popular this year and just behind the offering of early cancer screening company New Horizon Health Ltd. Hong Kong listings have slowed down over the past few months in wake of Chinese mainland’s clampdown on big tech.

Angelalign said in its prospectus that it had a 41% share of China’s clear aligner market in 2020. The other major player is Align Technology Inc., an American company which sells clear aligners under the Invisalign brand name, which also has about 41% of the Chinese market.

The analysts said Angelalign has first-mover advantages in terms of technology, branding and distribution and is likely to maintain its strong position.

Angelalign is backed by Chinese private equity investor Hillhouse Group, which indirectly holds about 60% of the company via its dental-care focused subsidiary CareCapital Holdings. The Sealand Securities analysts said Angelalign’s technology development has benefited from CareCapital’s broad investments in the industry.

Angelalign’s annual adjusted net profit in the years from 2018 to 2020 was 92 million yuan, 130 million yuan and finally 227 million yuan, according to the prospectus. The company said the proceeds of the IPO will be mainly used in the construction of new manufacturing facilities and for research and development.