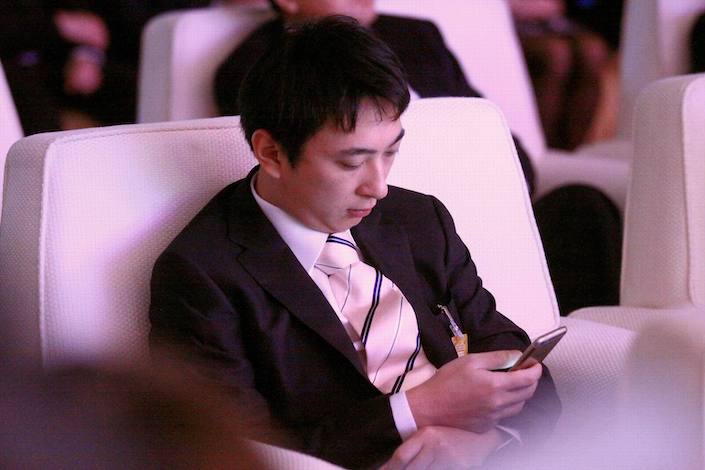 With more than 14 million followers on Weibo, Wanda Group heir Wang Sicong regularly attracts a six-figure viewership for his posts on wealth, celebrity and women. On Tuesday, the 33-year-old was himself the subject of a trending story by livestreamer Sun Yining about contact between them over the past four years in which she describes feeling “afraid.”

Wang Sicong is son of the chairman of Dalian Wanda Group, Wang Jianlin, who has a net worth of $14 billion, according to Forbes. The older Wang fell down the rich list in 2020 as his real estate and cinema groups lost out during the Coronavirus pandemic, but Dalian Wanda Group remains one of China's largest real estate development company.

Sun took to Weibo Tuesday to itemize uncomfortable encounters between the two, which included Wang sending Sun gift money on her streaming channel, showing up at her home uninvited, claiming she was his girlfriend in front of friends and disputing her word when she told him she was a lesbian.

Wang, a board member of his father's conglomerate and chairman of Prometheus Capital, a private equity investment company, is considered one of China's most eligible bachelors and is often seen out and about with models and online celebrities. The second-generation billionaire responded to Sun’s accusations saying the relationship between the two had had warmer periods, posting screenshots of other messages as evidence.

Sun’s post attracted more than 113,000 comments and was a top trending story on the social media platform Wednesday. Screenshots of messages between the two show his insistent and domineering attempts to have a romantic relationship with Sun while she tries to distance herself from the wealthy scion.

Social media users have posted screenshots of WeChat commentary by friends imitating Wang’s chat-up lines and ridiculing his defense on WeChat that he is no “licking dog,” a term that describes a man who will do anything to gain someone’s attention. One popular comment addressed Wang with, “You’ve raised the bar for being a licking dog.”

Supporters of Sun praised her for speaking up, saying, “The first one who dares to talk back at Wang Sicong is our sister Ning.” Others said she was lying and they hoped people would see through her act.