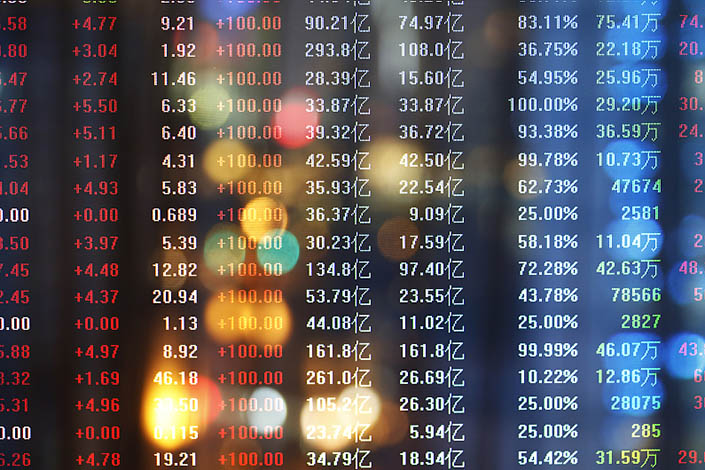 pictureA Chinese investor and his wife lost more than 50,000 yuan on stock purchase despite advance knowledge of a related acquisition. Photo: VCG

The fact that Ren Yiguo lost more than 50,000 yuan ($7,704) on a stock trade has not stopped securities regulators from slapping him and his wife with a 300,000 yuan fine for insider trading.

Ren, 51, was penalized for a nearly 2 million yuan purchase of Chifeng Jilong Gold Mining Co. Ltd. (Chifeng Gold) (600988.SH) shares that was made with his wife’s brokerage account in March 2019, just before the company acquired another firm he held a stake in, according to an announcement (link in Chinese) released last week by the China Securities Regulatory Commission (CSRC).

The regulator accused Ren of having advance knowledge of the acquisition. In January 2019, Shanghai-listed Chifeng Gold’s actual controller, surnamed Zhao, told Ren about his intention for the company to buy up all the shares of Jilin Han Feng Mining Technologies Co. Ltd., which Ren held a stake in at the time, according to the CSRC’s office in the Inner Mongolia autonomous region. In March that year, shareholders of Jilin Han Feng, including Ren, agreed to transfer their stakes to Inner Mongolia-based Chifeng Gold.

It remains unclear what benefit Ren or his wife expected to gain from buying the Chifeng Gold shares at the time or why the shares were sold in April 2019.

After a thorough investigation, the regulators traced the source of the funds used to buy the Chifeng Gold shares back to Ren, who insisted that he had not tipped off his wife about the company’s acquisition of Han Feng Mining, according to the CSRC.

Ren’s wife, Dong Hui, who lived with him in China’s northeastern province of Jilin, corroborated his story, claiming that she knew nothing about her husband’s work, the CSRC said. However, in early 2019, Ren transferred a large sum of money into his wife’s account. The regulator said the timing of the trade was consistent with his knowledge of the inside information.