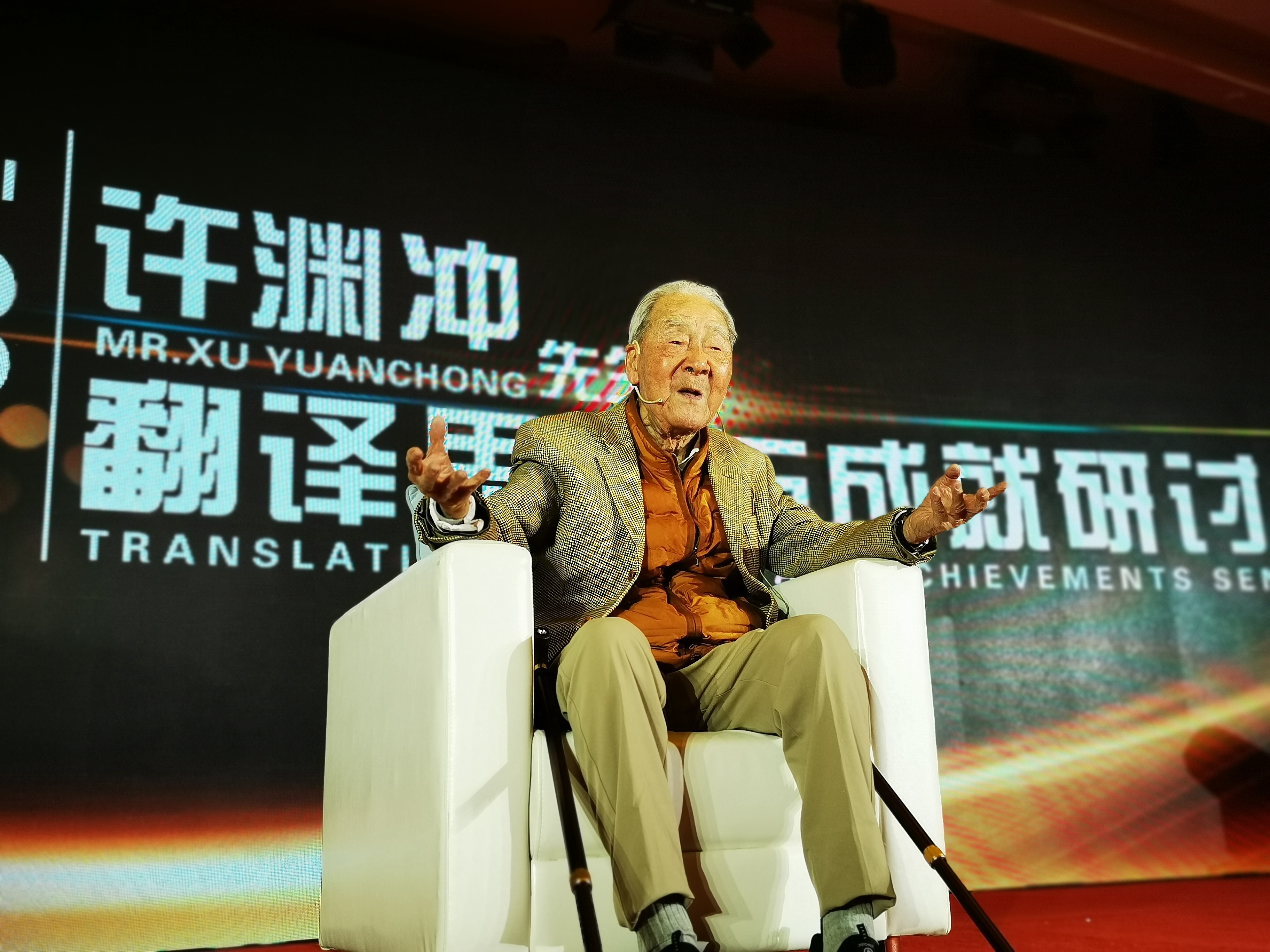 Two months after celebrating his 100th birthday and just short of his goal of translating the collected works of Shakespeare, renowned translator and professor Xu Yuanchong died Thursday, according to a post on Peking University’s official Weibo account. Some 530 million views of the hashtag #Xu Yuanchong-has-passed-away have been recorded by Friday afternoon.

Born in Nanchang, East China’s Jiangxi province, in 1921, Xu began translating French and English into Chinese as a scholar in Paris. His efforts gave Chinese readers a chance to read Gustave Flaubert’s “Madame Bovary,” and Marcel Proust’s “In Search of Lost Time” in their own language. He is well known abroad for translating classical Chinese poetry, and “The Analects” of Confucius into English, with an emphasis on communicating the look and feel of the works, not just their meaning.

Xu married Zhao Jun in 1959 in Beijing. They have a son, Xu Ming, who is also a translator. The elder Xu’s wife died in 2018, at age 85. In recent years, he spent most of his time translating Shakespeare, with the goal of publishing the Bard of Avon’s collected works in Chinese by the time he turned 100. There’s a documentary in the works about the project. In 2014, Xu was awarded the prestigious Aurora Borealis Prize.

Memories in their thousands have been shared in the comments section of Weibo hashtags mourning the celebrated translator. “Crying on the train ... I will never forget the lovely interactions between the protagonists in ‘The Reader,’ and all the classic works translated by Mr. Xu.”

On Twitter, one translator said “his heavy rhyming style [of poetry translation] may have gone out of fashion, but Xu was a pioneer, and one of a kind.”

One student wrote: “My favorite teacher Xu Yuanchong, I only look at your poetry translations, because you understand the meaning. Your love of Chinese literature and English shines through.”

Another person familiar with Professor Xu wrote, “I remember Mr. Xu handing out his business card at a reading. It said, ‘Chinese and foreign 100-book bestseller’ and ‘[China’s] … only French and English poetry translator.’ All these people we study leave us one by one.”

Related: Trending in China: Should Online Critics Be Forced to Apologize for Giving Bad Reviews?