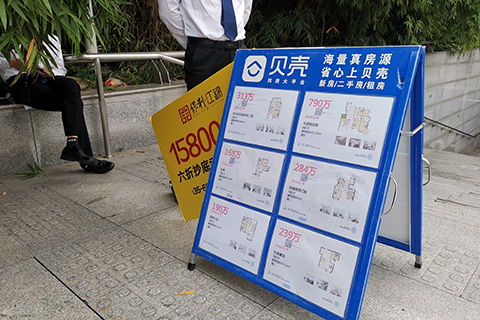 It wasn’t long ago that Chinese brand names were bywords for cheap, inferior goods.

But that appears to be changing as some of the Asian nation’s biggest firms carve out a growing reputation for innovation, responsiveness, convenience — and quality.

That was the message from Wang Xing, Greater China President for Kantar BrandZ, in a speech Monday to mark the analytics firm’s annual report on the world’s most valuable brands.

“Some Spanish consumers would rather wait two weeks to buy something from AliExpress, just because they think it’s cool,” said Wang, referring to the international version of Alibaba Group Holding Ltd.’s flagship Taobao e-commerce platform.

Although the U.S. leads the way in Kantar’s latest league table of estimated brand values with 56 out of the top 100 global brands, China ranks second with 18, including one from Hong Kong.

Rising two places from last year to rank at No. 5, Tencent Holdings Ltd. is the Asian nation’s most valuable brand. The technology giant’s brand is worth $241 billion, according to the report.

Mobile games and fast fashion are two areas where Chinese brands are buffing their credentials, said Wang, tipping the secretive apparel platform Shein and its sister company Zaful as future stars, though neither made the list this year.

Amazon.com Inc. is the world’s most valuable marque at $684 billion, the report says. American brands Apple Inc., Alphabet Inc.’s Google and Microsoft Corp. make up the rest of the top four.