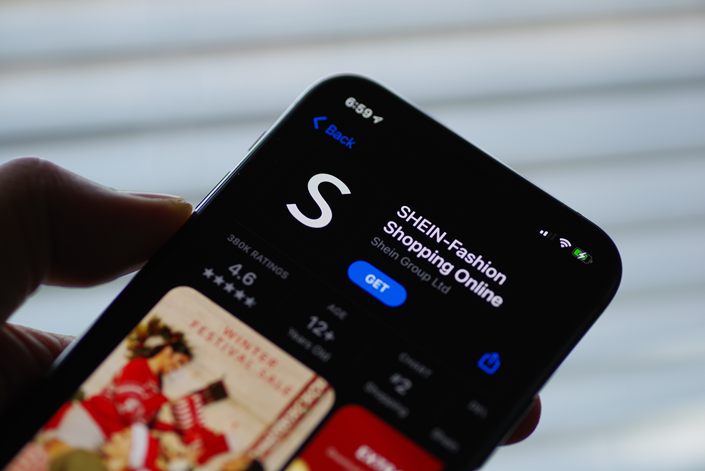 This is the second of a two-part story. Read part one here.

The rapid rise of the $15 billion Chinese fast-fashion firm challenging industry titans like Zara and H&M has prompted questions about who controls the company and the sustainability of its business model.

Shein, a Chinese retail website and app focused almost entirely on the export market, has proved a smash hit among young women and teenage girls in Western countries thanks to its huge selection of cheap, trendy clothing.

But observers say its strategy, which uses China’s world-leading garment manufacturing networks to outmuscle its rivals on speed and price, reprises global fast-fashion schemes linked to a litany of environmental and labor abuses.

Shein is not publicly listed, and therefore is not under an obligation to disclose its finances. But as rumors swirl that the company is preparing for an IPO, its opaque ownership structure and media-shy approach has prompted questions about who exactly is reshaping the sector.

Shein shuns traditional marketing in favor of online advertising, social media promotion and tie-ups with celebrities and influencers. Western A-listers Katy Perry, Lil Nas X and Rita Ora are among those who have promoted the company’s clothes.

It also shies away from the news media. Since its founding more than a decade ago, Shein has issued just a handful of press releases, most of which are run-of-the-mill communications about corporate events, supplier reshuffles and changes to its brand name.

Neither Shein’s app nor its website give details of the company’s origins, history or ownership, or disclose that it is a Chinese firm. Few details about the company exist in major online directories and encyclopedias.

It may make sense to keep a low profile. Chinese technology firms have come under fire overseas in recent years, with the U.S. taking aim at TikTok, a short-video app developed by Beijing-based ByteDance Ltd., and India banning dozens of apps, including Shein, on supposed national security grounds.

A person who answered when Caixin called a number associated with Nanjing Lingtian said they worked for Shein and that the company was now known as Nanjing Xiyin E-Commerce Co. Ltd. The person said they did not know why the name had changed. Phonetically, “Xiyin” sounds like “Shein.” Companies sometimes change their names when they are gearing up for an IPO.

Caixin was unable to contact Chris Xu, Xu Yangtian or any other people listed as executives at Shein’s affiliates. We were also unable to contact Zoetop, whose details are not listed in Hong Kong’s corporate registry. All of the above companies in Nanjing and Guangzhou declined interview requests.

More than 10 current and former Shein employees contacted by Caixin for this story either declined to be interviewed or did not respond.

But one who did was Hamza Uçar, a Turkey-based business developer who worked as a digital marketing manager at Shein’s Nanjing headquarters for seven months in 2018.

During his tenure, Uçar helped design a website targeting Turkish consumers, conducted market research and analysis, and oversaw Shein’s expansion into Turkey, he said. The firm’s multistorey, open-plan workplace was decorated with images of iconic global cities and felt “pretty relaxed and cool,” akin to the culture of a tech startup.

Two things about the company particularly stood out, Uçar said. One was how aggressively it pushed into new sectors: In one case, Shein began building its Turkish website before Uçar had even completed his market analysis, indicating that the report was a mere formality.

The other was how little was known about the people in charge. Throughout those seven months, Uçar said, he never once met or spoke with Xu or any other Shein executives. As far as he could tell, neither did any of his immediate colleagues.

“We never actually saw them,” he said. “We didn’t even know where their offices were.”

Industry experts interviewed by Caixin described Shein as filling the space vacated by fast-fashion brands that have bowed to pressure to abandon some of the business model’s worst excesses.

Such marques include Zara, Pull & Bear, and Bershka, all of which are owned by Inditex, the world’s largest fashion group. The Spanish conglomerate has pledged that all its labels will only sell sustainable clothes by 2025.

H&M, which like Zara recently faced a backlash in China for its response to alleged labor abuses in its Chinese supply chains, has also announced a series of targets for the coming decade.

Such companies have sought to burnish their ethical credentials at a time when consumers are increasingly anxious about the fashion industry’s impact on workers and the global climate.

The sector has long been linked to suppliers with unsafe or exploitative labor practices, and also produces more global emissions of carbon dioxide, a planet-warming greenhouse gas, than international air travel and maritime shipping combined, according to the World Bank.

Shein, too, stresses its dedication to sustainability. The company says on its website that it bans the use of child or forced labor in its supply chains, demands that its vendors pay their workers fairly, and minimizes waste and power consumption to limit its impact on the environment.

But experts said it was tough to substantiate those claims. One clothing sustainability expert, who later asked not to be named, described the firm as “unapologetically fast fashion.”

Shein’s marketing materials are filled with “vague statements like ‘pledge to stay transparent,’ but they technically haven’t even started being transparent,” said Stephanie Lawson, the founder of sustainable fashion consultancy Laws on Design. “There is no absolute information or data to show their track record or goals.”

In response to climate concerns, “many other brands are more clearly working — if imperfectly — toward reducing their carbon footprint and are actively engaged within civil society and with their customers in order to do so,” said Lawson, who previously consulted for H&M.

While other companies gradually invest in new materials, experiment with more sustainable business models and back initiatives that empower disenfranchised communities, “Shein is doing none of these, at least not visibly,” Lawson said.