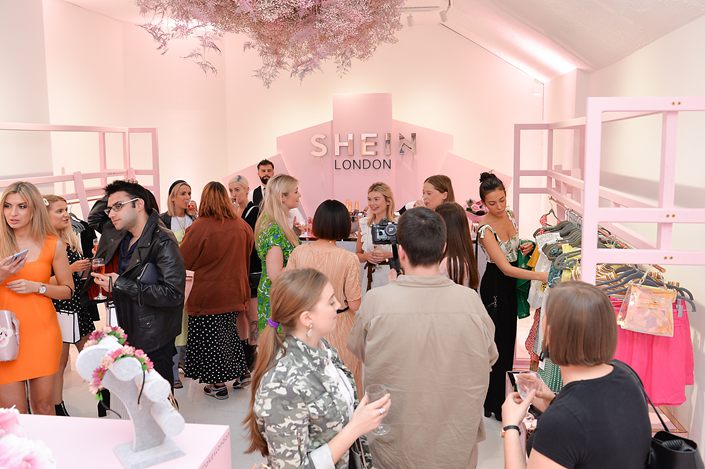 The platform, Shein, is arguably the most disruptive entrant into the global fast-fashion industry in decades, challenging the business models of its Western rivals.

The firm targets young women and teenage girls through its website and mobile app, selling a far wider range of trendy clothes than its competitors at a fraction of the price.

The plan appears to be working. Despite its relative obscurity, Shein has secured investment pricing it at $15 billion, ranking it among the world’s most valuable technology startups.

The company, which operates almost solely for export and claims to ship to more than 220 countries and regions, currently boasts the title of most downloaded shopping app on Apple Inc.’s App Store and the Google Play platform, outranking the world’s largest retailer, Amazon.com Inc.

Shein’s rise has drawn both praise and criticism. The company’s admirers say it is redefining the global fast-fashion sector for a younger generation smitten with mobile technology and less likely than ever to visit brick-and-mortar stores.

But its detractors say Shein’s low profile shields it from the criticism leveled at rival firms for their involvement in an industry linked to a range of environmental and labor abuses.

Additionally, more than a decade after the company was founded, Shein’s opaque ownership means that few people know who’s in charge — even those who work for it.

Whereas Inditex, the world’s largest fashion group and the owner of Zara, claims to bring new clothing lines from the drawing board to store shelves within three weeks, Shein can make new products available online five-to-seven days from conception, some suppliers said.

And while the Spanish conglomerate says it creates 50,000 new fashion designs every year, its Chinese rival added more than 30,000 in the last week alone, according to a Caixin calculation based on figures given in the Shein app.

The key to selecting them is analyzing huge amounts of real-time data, maintaining close ties with manufacturers, and aggressively acquiring new users, according to Caixin interviews with experts and people close to the company.

Besides its headquarters in the eastern Chinese city of Nanjing, Shein also has a key office in Guangzhou, the southern metropolis known as a global hub for garment manufacturing.

Having evolved from a wedding dress wholesaler, the company maintains long-term relationships with apparel-makers, whom it requires to use a highly automated supply chain management system that utilizes real-time trend data to commission new designs and monitor orders, local suppliers told Caixin.

To maintain quality, Shein severs ties with the lowest-performing 10% of suppliers at the end of each quarter, said a staffer at a maker of women’s exercise gear who is familiar with the platform’s business model.

When it comes to international distribution, Shein’s huge order volumes make it eligible for lower shipping costs and other perks from Chinese postal services, further driving down costs, the staffer said.

As it’s woven deeply into southern China’s rapid production chains, Shein is able to outcompete fast fashion giants on many of the metrics that drove their rise to the top.

Shein is also winning the price war. A recent Caixin search of Zara’s U.S. website found newly added women’s T-shirts on sale for about $10, jeans for $40 and swimwear for $45. Shein sells similar products for about $7, $20 and $13, respectively.

Shein’s wildly successful business model has opened a new front in the global fashion sector that might be called “real-time retail,” said Matthew Brennan, an expert on Chinese mobile technology and author of “Attention Factory: The Story of TikTok and China’s ByteDance.”

The company has created a “unified system whereby the activity that happens on the website globally is monitored and comes into a centralized system” that decides whether to adjust order volumes, he said. “Although they don’t own their factories … they’re so well integrated that it’s almost as if they do, in terms of how they’re able to up their orders almost instantaneously.”

Low prices, but at what cost?

Customers said Shein’s low prices, wider product range and user-friendly app kept them coming back despite concerns about the quality of some of their garments.

Vera, the college student, said she began using the platform around 2017 and made her most recent purchase three weeks ago. For just $168, she bought 22 items, including shirts, jeans and swimwear — a deal she says other outlets would struggle to beat.

Compared to other online stores, Shein “is more affordable, and I feel like they have a lot more variety (in terms) of what I like to wear,” she told Caixin in a phone interview, adding that the company also offered generous discounts and shipping deals in return for ordering in bulk or writing feedback on its app or website.

However, Shein doesn’t always hit the right note. Several customers interviewed by Caixin said they had ordered products that took weeks to arrive, differed from their online listings, or were of such low quality that they were virtually unwearable.

Similar complaints appear online, where some users have blasted the brand on reviews sites and popular influencers have criticized certain products on video platforms like YouTube.

Shein has also sparked its fair share of controversy, issuing a public apology last year for selling a necklace that resembled a Nazi swastika and stirring more ire by offering what appeared to be home decorations modeled on Muslim prayer mats.

But despite the drawbacks, Shein’s fans keep coming back. Even though Vera said she planned to return three items from her recent order due to sizing or quality problems, the experience hasn’t damaged her view of the brand.

“A $3 shirt on Shein looks the same as a $30 one at Zara. Who wouldn’t love that?” said a senior executive at one domestic private equity giant with links to Shein.

It’s one of a new generation of Chinese companies which produce their goods almost entirely for the overseas market, using clever branding, analytics and celebrity tie-ups to overcome the persistent headwinds faced by domestic brands overseas.

The cross-border e-commerce firm grew more than 200% in North America last year with sales of $10 billion, the executive told Caixin.

But it’s still relatively unheard of in China outside of private equity circles — where it’s so hot that investors can barely secure themselves a stake and IPO rumors are swirling.

Sequoia Capital is one of the only firms that has confirmed it is an investor in Shein, but others linked to the company include Tiger Global. Shein has not disclosed its investors.

But Caixin has learned it was it was a 300 million yuan round from Jinglin Capital and IDG Capital in 2015 — a year after it established its office in Guangzhou — that helped the company rebrand and start rebuilding its supply chain from the ground up to square off against the world's largest fast fashion brands.

Shein’s affiliated companies in Nanjing and Guangzhou both declined to comment for this article.

This is the first of a two-part story. Read part two here.