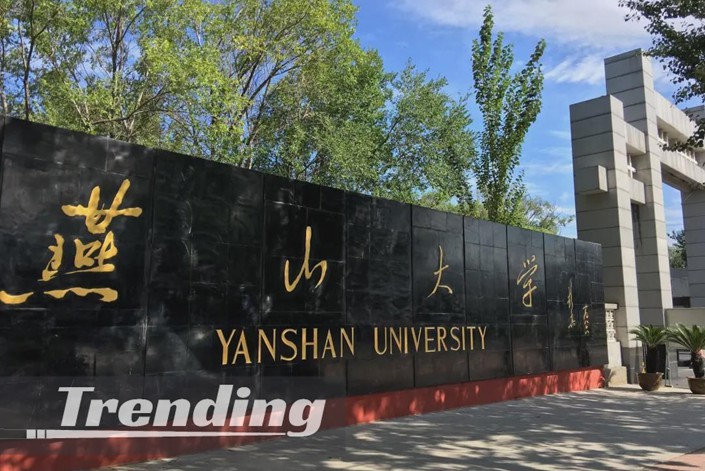 A professor at Yanshan University in the coastal city of Qinhuangdao, Hebei province, has written a paper he claims overturns Einstein’s theory of relativity, saying that “the relative speed between two objects can be faster than the speed of light.” His work, published in a peer-reviewed journal 13 years ago, has been proposed for the 2021 Hebei Science and Technology Award, which has led it to trend on Weibo to the tune of 180 million views.

Professor Li Zifeng’s paper, titled “Special relativity arising from a misunderstanding of experimental results on the constant speed of light,” was published in the journal “Physics Essays” 12 years ago. The paper “reviews the basic hypotheses and viewpoints of space-time relationship in special relativity,” finding that “special relativity based on the Lorentz continuum is not correct.”

The paper professes to debunk Einstein’s famous theory of special relativity, which was posited in 1905 and gained acceptance by peers a hundred years ago. Since then, Einstein’s predictions have been confirmed many times. The engineering of satellites, GPS, electron microscopes, and particle accelerators all take relativity into consideration. Li’s paper has yet to replace current theory on how the universe works.

The Hebei Science and Technology Award committee welcomed opinions on the proposed award-winning research from all academic and general readers from June 10 to June 16.

Following huge social media interest, the professor attempted to dampen public expectations, responded on a social media platform that the award has not yet been given out, and that he was unlikely to receive it. The Hebei Provincial Department of Education said that it did not know about the matter and would wait for permission before responding.

The original publisher, a Canadian-based international journal founded in 1988, boasts a Nobel laureate among its founding board members, and says it is an “elite journal” that is “dedicated to fundamental questions in physics.”

General disbelief abounded in the comments section of the Weibo thread regarding the affair, as the professor responded to general opprobrium of his research. One reader asked, “Do we have no shame?”

The university appears to have done itself no favors by publicizing the physics professor’s work. Another comment said, “Promote the truth? Is this disruptive innovation (a business strategy) applied to physics research by Yanshan University?”

One top comment went further: “This man disrupted teaching in his own school, arbitrarily set examination questions based on his own theory, was suspended from teaching for three years, and here he is still jumping around.”

Another reader wondered if “Maybe Einstein should have a little chat with him.”