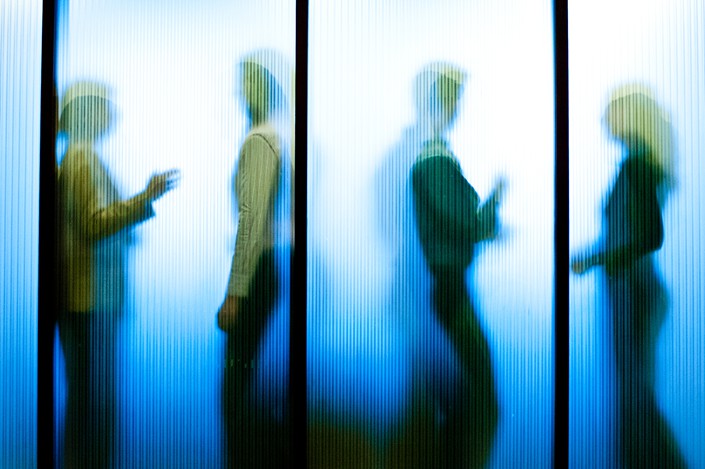 The number 985 has a special meaning in China. It originally referred to a project for building a world-class higher education system and later became the shorthand expression for the nation’s elite universities. Thirty-nine universities made the grade for Project 985.

Peking and Tsinghua universities — the Oxford and Cambridge of China — have their own special dating platforms: Encounter Weiming for Peking alumni and HIMMR (How I Met Mr. Right) for Tsinghua. These two universities are the most prestigious places of higher education in China.

But 985 is not the only number associated with top universities. There is also 211, a reference to the 100 national key universities and colleges of China.

Not surprisingly, the prevailing mainstream narrative holds a critical view of 985.

Some argue highly educated people who prevailed at exams may never cast off the idea of life as a permanent process of knowledge accumulation and examinations.

Finding a spouse who meets their social and cultural norms is probably just another type of certificate to such people, according to popular online memes.

But there is much more to 985 dating. And it’s certainly not love.

A female friend who participated in events similar to the 985 blind dating once complained to me, “Why have graduates from 985 universities become the center of media attention? Don’t they have a right to choose their spouses?”

Born in 1986, my friend was always a good student and earned her bachelor’s degree from a 985 university. After finishing graduate school and landing a steady job, she was finally ready to seek out a partner and marry. But it was only then that she realized she was regarded as “left behind,” a popular Chinese concept connected to the traditional youth-based female dating and marriage norm. More precisely, she was left behind by the mainstream marriage markets: the dating platforms or public “blind date corners” of Beijing and Shanghai. At these markets, the academic qualifications and career achievements of which she felt so proud proved disadvantageous.

Their parents’ generation looks down on women of the “three highs”: education, income and age. They assume those women who are not so young will have difficulties getting pregnant or bearing children. Moreover, women with a high education or income are seen as having less time for household chores or family. It is in this way that the most exceptional women of today’s world become victims of a popular discrimination rooted in traditional culture.

At least from this perspective, for those women of the “three highs,” 985 blind dating can be seen as a kind of self-help. To their mind, only those with a similar background will understand what these women have achieved and so harbor less bias against their age or earning power.

Data show that female users not only outnumber male users on 985 blind dating platforms, but are also more likely to pay for membership than male users. To some extent, this demonstrates how much discrimination women face on mainstream dating markets and so need platforms where they can be better understood and appreciated.

One key feature of 985 blind dating events is that they screen out people from the supposedly inferior colleges. Although this might well be considered educational discrimination, it can also be seen as a more efficient way of screening for potential spouses.

Outsiders argue that 985 blind dating treats academic qualifications like a social class, as if graduating from 985 universities is a guarantee of a better job, higher income and higher social status. However, many people feel these graduates possess important personal qualities such as diligence, self-discipline, literary skills, extensive knowledge and good taste. After all, people accepted by elite universities are more likely to be smart and capable. Just like resume screening in the hiring process, many employers believe that listing a 985 university degree requirement as a condition of employment gives them a better chance of finding a talented employee.

So, it seems that 985 blind dating is the choice of no choice. But what makes these events subject to criticism?

Let us start with the traditional Chinse concept of “matching doors and windows,” or” “mendanghudui.” (门当户对).

In ancient times, the styles and specifications of doors and windows also acted as a symbol of a family’s social position, wealth and etiquette. In traditional arranged marriages, the bride and groom were primarily selected by family members other than the couple themselves. With limited personal information available, each family made a selection based on the other family’s social position and economic standing as implied by their “doors and windows.”

However, “matching doors and windows” is currently misread as choosing spouses with similar social status and wealth, which, to use the popular term in China, can be seen as “involution” within the social class. However, this misinterpretation overlooks the core concept behind “matching doors and windows:” marriage, a key component of the ethical principles upheld and passed on within a family, is essential for maintaining the traditional social hierarchy.

As Friedrich Engels argues in his book “The Origin of the Family, Private Property and the State,” for the traditional governing class, “marriage is a political act, an opportunity to increase power by new alliances.”

Traditional Chinese societies of all dynasties introduced laws on “matching doors and windows,” banning intermarriage between different social classes. This traditional attitude toward marriage was prevalent until the May 4th Movement in 1919, in which people called for awakening and liberation, and emphasized human freedom, value and dignity. The traditional marriage that revolved around family interests was considered the “source of all evil.” As I once joked to a friend, “For Chinese parents, the wedding is not for their son to take a wife, but for themselves to take a daughter-in-law.”

The 985 blind dating events are beyond reproach in seeking “perfect matches,” but it is concerning that these 985 graduates are becoming more conservative by following the example set by the traditional “matching doors and windows.” They use academic qualifications as a way to uphold their social class, and see marriage as a dependency of the family.

What does this mean? In plain words, my marriage is not for me, but it is for my family to choose a qualified daughter-in-law or son-in-law. More importantly, it is necessary to maintain the stability of the social class. As in traditional marriage, love is never an option to be considered. In this new type of “matching doors and windows,” the couple will develop common ground on which to cultivate a loving relationship; once they get married, they might develop feelings for each other as time passes by. Love is just a little color of marriage — dispensable, neither the cause nor the purpose.

Needless to say, in the 985 blind dating system, many people select a potential spouse based on cost-benefit and resource analysis.

The purpose of their marriage is to raise promising children in an attempt to maximize the family interests. In an interview with, The Paper, a Chinese news site, the founder of Encounter Weiming, a 985 dating site, said, “People are becoming more realistic and having more discussions about matters such as what property is owned and the place of household registration, or “hukou.” Socioeconomic status is playing an important role in selecting potential spouses. We have seen more and more customers, around 60%, consider the purpose of marriage as the need to maintain their social class.”

In pursuit of certainty

Many people sneer at 985 blind dating events because they never expected that graduates from 985 universities — a group of elites in China — would be so materialistic and tacky, even thinking like people several centuries ago.

It is indeed easy to look down on them. However, this will not change the fact that this new type of “matching doors and windows” is being revived, bringing increased involution. On the other hand, we can ask ourselves why such Chinese elites have become so materialistic in their thinking about marriage?

Love has uncertainty. In a fast-changing society, marriage, one of the few communities of common interest defined by law, brings a kind of certainty. Facing many practical yet cruel issues such as the household registration system, housing, cost of living, burden of education and caring for one’s parents, people are inclined to marry someone socially similar. Together, they feel more financially secure in confronting uncertainties.

There is a trend of elites becoming more self-serving and ordinary people becoming more rational, in which emotional feelings are gradually left out of the picture. People attending 985 blind dating events want to find love for sure, but the love they are looking for must meet the prerequisite of perfect matching. Human beings have sent our fellows to the Moon and are now able to send man-made objects to Mars. Despite all this, there is little difference from pre-modern society in terms of forming families, the smallest social unit.

The writer is a commentator for Narada Insights, a thought leadership platform focusing on China's societal changes and current affairs. The platform was set up by the Narada Foundation.