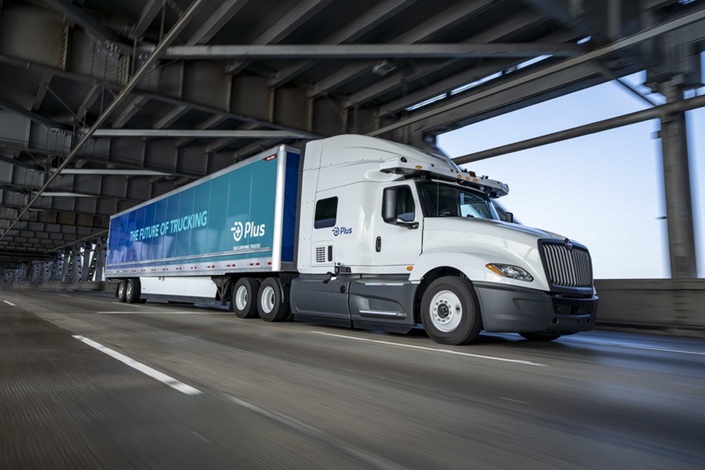 California-based self-driving truck startup Plus has received an order from Amazon for 1,000 autonomous driving systems, Bloomberg reported on Monday, citing a regulatory filing.

The U.S. e-commerce giant is also considering buying a stake of as much as 20% in Plus, which aims to promote the large-scale use of its driverless trucking technology in China, the U.S. and Europe over the next few years, according to the report.

The share purchase deal, if it goes through, has strategic implications for Amazon, which have been trialing its delivery services using driverless trucks designed by tech startup Embark since 2019.

In May, Plus disclosed its participation in a commercial autonomous freight program piloted by Chinese delivery giant SF Express, under which autonomous trucks powered by Plus’ PlusDrive automated driving system were deployed on two long-haul routes in China.

The same month, Plus announced plans to go public in the U.S. through a reverse merger with a special purpose acquisition company. The deal could value Plus at about $3.3 billion.