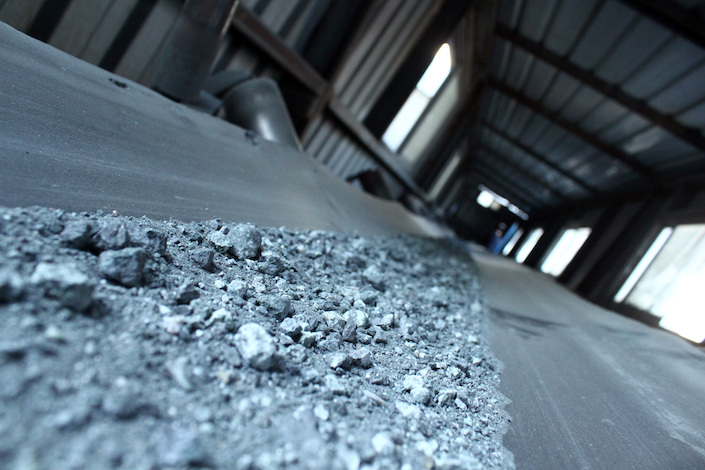 Benchmark iron ore futures in China tumbled for a second straight session Tuesday after regulators launched a spot market probe and pledged to crack down on hoarding and speculation. The National Development and Reform Commission (NDRC) said Monday that it joined the state market watchdog to inspect the spot market at the Beijing Iron Ore Trading Center. The regulators vowed to closely monitor prices and investigate malicious speculation. The most-traded iron ore contract on the Dalian Commodity Exchange dropped as much as 5.2% to 1,110 yuan ($171.75) a ton Tuesday, following a 9% decline Monday.

Syngenta Group Co., the agriculture giant owned by China National Chemical Corp., took a step toward a possible initial public offering on the Shanghai Stock Exchange’s Nasdaq-like STAR Market. Swiss-based Syngenta started the so-called “tutoring” process with investment banks for the planned offering, the company said Monday in a statement. Syngenta could be valued at as much as $60 billion, Bloomberg reported.

China’s Tianqi Lithium Corp. said the sale of part of its stake in the world’s largest hard-rock lithium mine to Australia’s IGO Ltd. will be completed by the end of June. The Australian nickel and gold miner in December agreed to buy 49% of Tianqi Lithium Energy Australia, a wholly owned subsidiary of Tianqi Lithium, for $1.4 billion. The deal will give IGO 24.99% ownership in the Greenbushes lithium mine and a 49% holding in Tianqi’s Kwinana lithium processing plant, both in Western Australia.

Ganfeng Lithium Co., Ltd. (002460.SZ) said it completed a private share placement of 480.44 million H-shares to at least six investors at a price of HK$101.35 ($13.10) per share. The company raised about HK$4.854 billion ($631 million) in the offering, 80% of which is planned for use in overseas capacity expansion of lithium projects in the next one to two years. Potential investments in lithium resources may involve ore, brine and lithium clay.

The No. 14 generating unit of Baihetan Hydropower Station in China, known as the world's first 1 million kilowatt capacity hydro-generator unit, started operation Monday. Baihetan, in southwest China’s Yunnan province, is the world's second-largest after the Three Gorges Dam. The station, with a total installed capacity of 16 million kilowatts, is expected to generate more than 62 billion kilowatt-hours of electricity per year when all of its 16 generating units start operation in mid-2022.

Sinochem International (Holding) Co., Ltd. (600500.SH) said it met all the preconditions to sell its stake in Jiangsu Yangnong Chemical Co. Ltd. (600486.SH) to Syngenta Group. The transaction is part of an asset reshuffle to consolidate the agrochemical business to Syngenta after the mega merger of Sinochem and ChemChina.