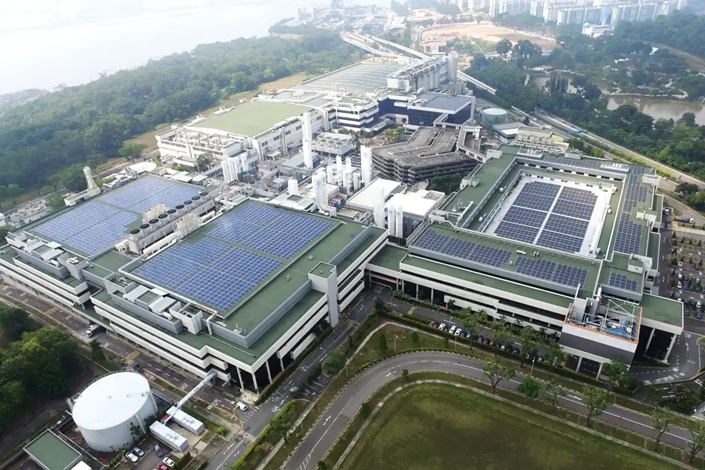 (Nikkei Asia) — U.S. semiconductor giant GlobalFoundries will invest over $4 billion to expand its Singapore wafer plant and ramp up capacity as it attempts to tackle the global microchip shortage.

The privately held company owned by the United Arab Emirates’ Mubadala Investment Company announced on Tuesday that by the first quarter of 2023 the investment will allow the Singapore facility to make around 1.2 million wafers a year, 450,000 more than it can currently produce.

“We’re doing everything we can,” CEO Tom Caulfield said at an online media briefing on Tuesday. “We’re working as fast as we can with our suppliers to bring new equipment and to create new capacity, and we’re doing our part by investing heavily.”

The Covid-19 pandemic catalyzed the global chip shortage, giving rise to a supply crunch that began to hit automakers earlier this year and became a pressing issue for governments.

The world’s three biggest automaking countries, the U.S., Japan and Germany, pressured Asia’s key chipmaking economies, South Korea and Taiwan, to prioritize automotive chips, even at the expense of other customers, including smartphone and computer makers.

The three governments were wary of automakers having to slow or even halt production due to a lack of chips, fearing domestic job losses and further delays to economic recoveries.

Caulfield said GlobalFoundries, which makes semiconductors for mobile phones and the automotive industry, has prioritized its automotive customers, given the sector’s economic impact on manufacturing.

The Singapore factory accounts for around a third of its global revenue.

GlobalFoundries ranks among the industry’s top five players but accounted for only a 5% share of the global market in the first quarter of this year, according to semiconductor research outfit TrendForce.

Taiwan’s TSMC dominated the field with a 55% share. South Korea’s Samsung was next, commanding 17%, and United Microelectronics Corporation, also from Taiwan, took 7%, according to the research outfit.

“When you think that 70% of all foundry manufacturing takes place in Taiwan, a couple of hundred miles over from China ... [that is] a huge risk in the world’s economy,” Caulfield noted at the Tuesday briefing.

With the foundry capacity shortage expected to last through the second quarter of this year, TrendForce tipped that the rise in wafer prices will in turn further contribute to revenue growth for semiconductor players.

“This is attributed to the fact that, while foundries have not been undertaking significant capacity expansions during 1H21, there has been strong demand for most types of components in 2Q21, meaning foundries will maintain fully loaded capacities going forward,” TrendForce noted.

Amid the global semiconductor shortage, GlobalFoundries projects that supply could lag behind demand until 2022 or later, with the rapidly increasing clamor for chips “accelerated immensely” by Covid.

The expansion of the Singapore plant will add more than 23,000 sq. meters of cleanroom space, environmentally controlled enclosures for chipmaking operations.

With the fresh investment, GlobalFoundaries said 1,000 new technician, engineer and other jobs will be created to sustain its operations.

Beh Swan Gin, chairman of the Singapore Economic Development Board, is encouraged. “We are committed to partnering [with] industry leaders such as GlobalFoundries to address the global demand for semiconductors, especially in growth areas such as artificial intelligence and 5G,” he said. “The semiconductor industry is a key pillar of Singapore’s manufacturing sector, and GlobalFoundries’ new fab investment is testament to Singapore’s attractiveness as a global node for advanced manufacturing and innovation.”

GlobalFoundries CEO Caulfield said the lion’s share of investment will come out of the company’s pockets. Singapore’s EDB, the agency responsible for drawing foreign investments, will be a partner in the effort.

Singapore has planned to grow its manufacturing industry by 50% by 2030, with the semiconductor segment featuring strongly in the drive, said S Iswaran, the city’s minister for trade relations, at a virtual groundbreaking ceremony on Tuesday.

“We are committed to the long-term growth of the industry here across the value chain, from chip design to wafer fabrication assembly and testing,” he said, “and also to anchoring supporting activities such as research and development, and regional distribution.”