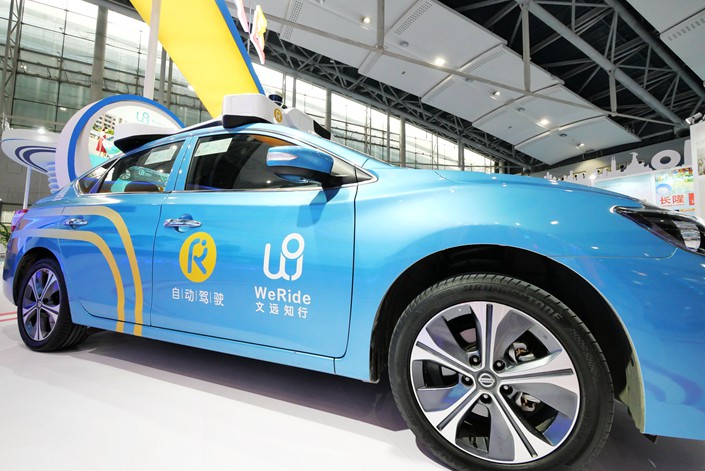 Chinese autonomous vehicle startup WeRide has pocketed $310 million in its series C funding round, bringing its total fundraising over the past five months to more than $600 million, reflecting how sought-after it is among venture capitalists bullish on the future of self-driving technology.

The latest funding round, which takes WeRide’s valuation to $3.3 billion, won participation from a group of institutional investors including Alliance Ventures, a strategic venture capital arm of the Renault-Nissan-Mitsubishi Alliance; the state-owned China Structural Reform Fund; and Pro Capital, which manages China’s CDB Equipment Manufacturing Funds, WeRide said in a statement Wednesday.

This is the second time that Alliance Ventures has invested in WeRide, which is among the few Chinese tech companies allowed to test driverless vehicles in both China and the U.S.

While the investment is from the alliance of the three automakers, WeRide has been working specifically with Nissan on developing its technology.

This bond is expected to strengthen as WeRide said in Wednesday’s statement that it will continue to work with Nissan to accelerate the R&D and commercial application of Level 4 self-driving technology in the Chinese market. Level 4 autonomy, the second-highest level of autonomous driving capability according to SAE International standards, enables a vehicle to drive itself under most circumstances with no human intervention.

“Throughout the past three years, they have been playing a critical role in supporting WeRide’s autonomous driving platform, hence, enabling us to establish a leading fleet of robotaxis,” said WeRide founder and CEO Tony Han, referring to Nissan.

In November 2019, WeRide launched what it said was China’s first robotaxi pilot program in Guangzhou, where it is headquartered. As of last November, this program had provided nearly 150,000 autonomous rides for more than 60,000 passengers, according to the company.