Economist Who Helped Map Out China’s Reforms Dies at 92 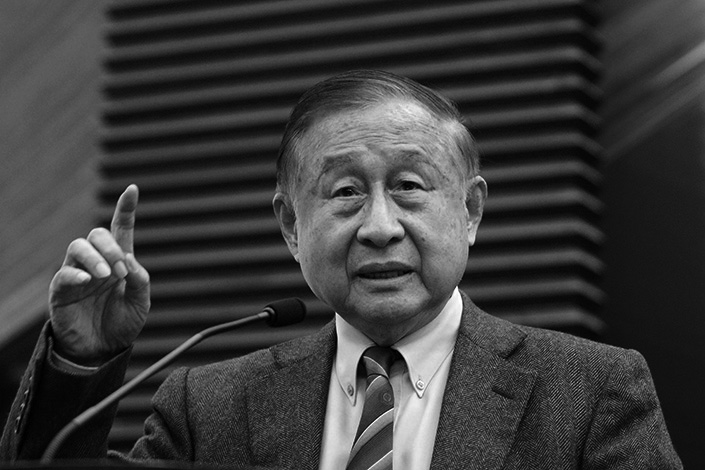 Gao Shangquan, one of the minds behind China’s post-1970s economic reforms, died Sunday at a Beijing hospital. He was 92.

Gao passed away in Peking Union Medical College Hospital, according an obituary (link in Chinese) issued by the China Society of Economic Reform, of which he was a former president.

Born in 1929 in Shanghai, Gao studied economics at the city’s now-defunct St. John’s University. After graduating in 1952, he carried out economic policy research at the First Ministry of Machine Industry for about 30 years.

In 1982, Gao joined the new State Commission for Restructuring the Economic System established to help coordinate and guide the reforms that had begun a few years earlier. The commission was later integrated into the newly established National Development and Reform Commission in 2003.

At the commission, Gao drafted policy documents for the central government, including for the Third Plenary Session of the 12th Central Committee of the Communist Party, at which a decision was made to further deepen reform and opening-up (link in Chinese).

He was appointed the commission’s deputy director in 1985.

In 1993, the 14th Central Committee issued a document outlining the framework of the country’s socialist market economy system, which on Gao’s advice included the idea of the country having a “labor market” for the first time.

That year, Gao left to work for a committee preparing for the creation of the Hong Kong special administrative region following the British handover, which took place four years later, and then was a senior visiting scholar with the World Bank.

Gao authored many books such as the “Two Decades of Reform in China,” “China’s Economic Reform” and “The Market Economy and China.”

In his 2018 book, “40 Years of China’s Reform and Opening Up: A Review and Reflection,” he wrote that he hoped his work could help those that followed him.

“I hope to help the reform pioneers of the new era to have more experience to draw on and more methods to apply,” he wrote. “Reform is my lifelong pursuit and my lifelong concern.”