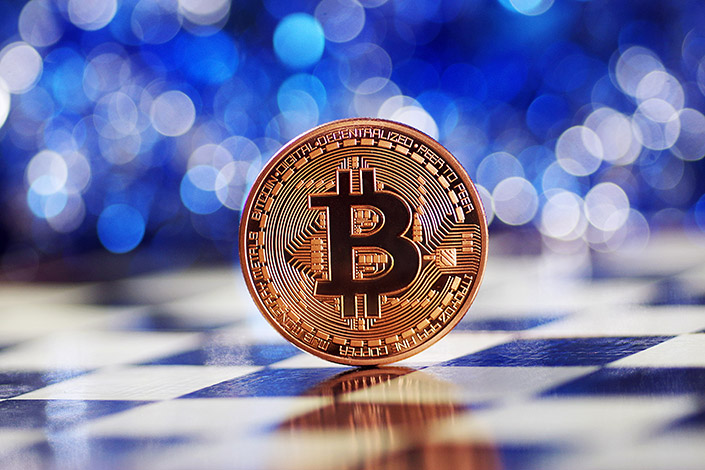 Cryptocurrency mania is a fundamentally destructive, nonproductive activity that should be stamped out at all levels. Like doctors working to eradicate a virus, doing so will ultimately benefit society as a whole. Photo: VCG

Now is the time for China to declare all-out war on cryptocurrencies.

Many countries have strengthened regulations on cryptocurrencies, but no one has been tougher or more determined to put an end to speculative trading of digital currencies than China has.

On Tuesday, the People’s Bank of China (PBOC), the country’s central bank, summoned several financial institutions and payment services to a meeting where they were instructed to stop providing crypto-related services. The move marks an escalation in regulating cryptocurrencies. Regulators are now putting more scrutiny on over-the-counter trading of digital currencies like Bitcoin.

The current measures didn’t just appear out of thin air. They are the result of policymakers’ ever-growing understanding of the emerging risks associated with cryptocurrencies, as well as the country’s needs to better manage financial risks and to transition to a low-carbon economy.

The Chinese government’s attitude toward cryptocurrencies has kept up with the times. In 2013, authorities issued the Notice on Precautions Against the Risk of Bitcoin. In 2017, they put out the Announcement on Preventing the Financial Risks of Initial Coin Offerings. Then, in mid-May of this year, the National Internet Finance Association of China, the China Banking Association and the Payment and Clearing Association of China together issued a statement that warned investors against speculative cryptocurrency trading.

All of this shows that the thrust of China’s cryptocurrency regulations has remained unchanged. The State Council’s Financial Stability and Development Committee held a meeting on May 21 that emphasized “cracking down on Bitcoin mining and trading and preventing the transmission of individual-level risks to systemic risk that affects the economy.”

This is an unmistakable signal that more rigid policies are yet to come.

The escalating chaos surrounding cryptocurrencies fuels financial risks by distracting financial institutions from what they are supposed to be doing — serving the real economy. It is also at odds with the national strategy for low-carbon economic growth. Cryptocurrencies like Bitcoin are not issued by any monetary authority, and thus lack many attributes that would connect them to the real economy. At best, they can be seen as virtual assets. The understanding of their economic and social benefits varies widely, and they might ultimately turn out to be detrimental.

Some people value cryptocurrencies because they see them as being cutting-edge assets at the core of the internet economy. Others have denounced them as a Ponzi scheme and their fans as being part of a cult. China’s current efforts — from developing blockchain technology to introducing centralized digital currencies — are completely different from the nature of cryptocurrency operations, which are characterized by speculation and hoarding.

Since their inception, cryptocurrencies have gone hand in hand with speculative trading and the creation of bubbles. The have been used for money laundering, fraud, pyramid schemes and other illegal activities. Like the PBOC has said, such activities disrupt the economy and financial system, creating risks by facilitating illegal cross-border asset transfers or money laundering. They also significantly undermine property security. Inevitably, we must also ask what benefits cryptocurrencies actually bring to the real economy, especially considering their significant environmental costs.

Cryptocurrencies are considered unproductive assets because of the energy it takes to mine them. According to the Cambridge Bitcoin Electricity Consumption Index published in April, Bitcoin mining consumes approximately 127.48 terawatt-hours (TWh) of electricity each year. If Bitcoin were a country, it would rank 29th for total energy consumption. A study by the Chinese Academy of Sciences and Tsinghua University concluded that the electricity consumed by the Chinese Bitcoin blockchain is expected to peak in 2024 at 296.59 TWh, generating 130 million metric tons of carbon emissions. This is more than the total energy consumption of Italy and Saudi Arabia combined. Such vast energy consumption runs counter to China’s goal to reach “peak carbon dioxide emissions by 2030 and carbon neutrality by 2060.”

Over recent years, in response to the central government’s call, some of China’s regions where cryptocurrency mining is prevalent — including Sichuan province and the Xinjiang Uyghur and Inner Mongolia autonomous regions — have begun to shut down crypto mining operations. But even though many mines have closed, there are still more that have found ways to survive. Mines are reemerging, either by becoming “nomads” or by “rebranding” themselves. As mining machines become smaller and easier to move, crackdown campaigns face greater technical obstacles. However, the issue we should really be paying attention to are the bribes that mine operators pay public officials. Once blockchain is integrated into the chain of corruption, the damage will be much worse.

This current crackdown is far more comprehensive and stringent than those in the past, showing the central government’s determination. However, some still believe that cryptocurrencies — on account of their large fan base — are here to stay. There is something to this “belief” because it does seem that each time a cryptocurrency comes under regulatory pressure, it always comes back even stronger than before. However, the Chinese government is serious this time. Domestic speculators are advised to give up their illusions or risk going broke.

For anti-cryptocurrency measures to have a lasting effect, they must be supported by a comprehensive legal system. However, the current law is incomplete, relying primarily on departmental rules. Therefore, new laws should be introduced and old ones ought to be amended to better illuminate the boundaries of legal entities. Moreover, illegal activities involving cryptocurrencies — such as money laundering, illicit fundraising and pyramid schemes — need to be targeted with more robust measures.

Cryptocurrency mania is a fundamentally destructive, nonproductive activity that should be stamped out at all levels. Like doctors working to eradicate a virus, doing so will ultimately benefit society as a whole, including local governments, businesses and individuals.

Once the war is over, China’s economy and society will be both healthier and more prosperous.