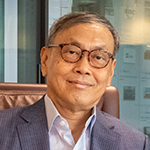 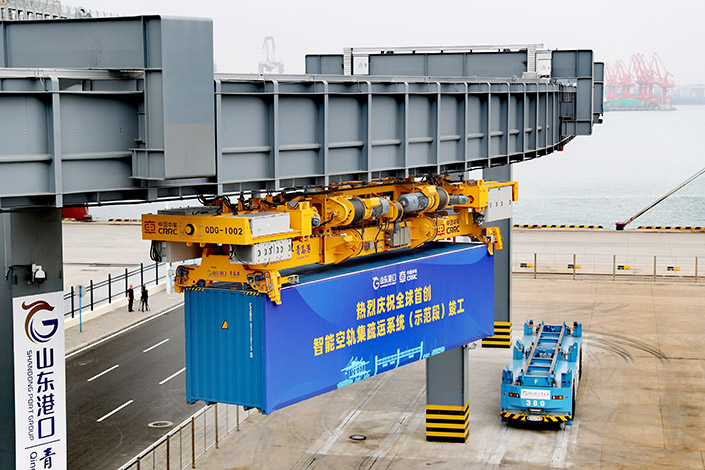 The world now acknowledges China’s ability to innovate. But many people question why that has happened. For many, especially those in the West, China is supposed to be under an alleged authoritarian system and so by nature, it would not be able to sustain innovation or keep it vibrant. These people have been working on the paradigm that innovation can only thrive in a free enterprise system led by private initiatives with minimal state involvement or interference.

Broadly speaking there are two strands of innovation in China. One is technological innovation, which is primarily driven by the government. This includes programs such as space missions, deep sea exploration, developments in quantum computing and many others. Another strand is tech-enabled innovation in commercial applications. Prime examples are innovations in e-commerce, social commerce, “new retail”, “big health,” fintech, automation and robotics, smart logistics as well as automobiles and mobility. Private businesses play a major role in this sort of innovation, often in collaboration with local governments.

China’s innovation capabilities and entrepreneurship have come a long way since the start of the country’s reform era. China began to experiment with the elements of a market economy and has allowed entrepreneurship based on private initiatives to return since the late 1970s. After several generations of entrepreneurs who have emerged along the way, there has been an upsurge since the end of the 2000s as Chinese entrepreneurs have begun embracing the wireless internet and have leveraged it for generating business innovations that address both the pain points of Chinese society and the emerging consumer demand for new products with new technologies offering innovative features and conveniences.

Several large and successful tech companies such as Tencent Holdings Ltd., Alibaba Group Holding Ltd., Huawei Technologies Co. Ltd., SZ DJI Technology Co. Ltd., Xiaomi Corp., ByteDance Ltd., JD.com Inc., Pinduoduo Inc. and many others now dot the economic horizon of China. And companies such as Ping An Insurance Group Co. of China Ltd., Geely Automobile Holdings Ltd., BYD Co. Ltd., Midea Group Co. Ltd. and the like that started off as “traditional” have successfully transformed themselves into innovative tech companies. According to the Hurun Global Unicorn Index 2020, the number of unicorns (unlisted companies with a valuation of more than $1 billion) has grown exponentially over the years and today China has the second-largest number of them in the world — 227, compared with 233 in the U.S.

After the rather tumultuous first three decades, the People’s Republic of China began its reform under Deng Xiaoping at the end of the 1970s. While retaining the key features of its state planning system, Deng began to experiment with some elements of a market economy, including allowing the return of entrepreneurship in China.

Entrepreneurship has now become a key component of China’s economic growth and the most important source of commercially applied innovations. China is no longer just a state economy, the private sector too has become very significant.

At the same time, the central government continues to develop policies to steer the economy in the direction that it deems appropriate and help the country’s development move at a sustainable pace. Building on successful experience over a decade in driving innovation, since around the mid-2000s, Chinese entrepreneurs have played a major role in bringing to fruition the Chinese State Council’s 2014 policy on encouraging mass entrepreneurship and innovation.

More specifically, the central government has allowed two private companies — Tencent and Alibaba — to create and dominate the country’s online payment system, which shows how the central government, where appropriate, would coordinate with private businesses to put much-needed innovations to work for the country. Today, China's third-party payment transactions have reached 280 trillion yuan (about $44 trillion), over 80% of which are handled by Alipay and WeChat Pay. The central government is now preparing to launch its central bank digital currency (CBDC) and here too collaboration with private enterprises will be essential, considering the current dominance of private sector firms in processing of online payments.

In addition to the three-layered structure comprising the central government, local governments and businesses, China is also unique in that it has a dual economic structure of both state-owned enterprises (SOEs) and privately-owned enterprises (POEs). While there are sometimes conflicts between companies from these two sectors, they also co-exist, living in a rather symbiotic relationship.

SOEs provide public goods (for example, infrastructure and environmental improvement measures) as part of their social responsibilities for the Chinese people. A good example is that SOEs were able to build a high-speed railway network from practically nothing to the world’s most extensive in just over a decade, because they do not evaluate these mission-critical infrastructure projects only on economic viability. Today, the Chinese people and businesses, including foreign companies, benefit from this infrastructure.

This “three-layered duality” approach requires constant juggling of various components to make it work. It is experimental by nature but the all participants have a strong ability for overall orchestration and they share the vision and values, which leads to an innate ability to self-adjust along the way.

Compared with the earlier generations of entrepreneurs, Chinese entrepreneurs have become younger. Many are in their 30s and some are even younger. They are omnipresent in a range of industries including those mentioned above and many of them share the commonality of leveraging technology as the basis for innovation.

As new disruptive technologies such as artificial intelligence, the Internet of Things, 5G, cloud technology and blockchain technology are emerging and finding acceptance in the world’s leading digital economies, China is entering into a new tech-enabled innovation era. In China’s 14th Five-Year Plan, technological innovation is a key theme and China is committed to becoming self-sufficient in technology, particularly in the aftermath of sanctions by the U.S. government on key supplies of core technology, products and components.

Since the U.S. government announced sanctions on high-end semiconductor chips supplies to select Chinese manufacturers, China has launched a major initiative toward self-sufficiency in high-end chips. In this case, the central government, many local governments, various SOEs and POEs are involved in a variety of ventures aimed at making breakthroughs.

During the lockdown of the city of Wuhan at the peak of China’s outbreak last year, two emergency hospitals were built in a week to 10 days’ time. China was able to achieve this because as soon as the central and local governments decided that these hospitals were necessary, a large number of SOEs together with POEs and even foreign companies quickly collaborated to contribute. The commitment to a common goal and sharing of a vision were the key motivators. Attributing this magnificent feat to an “authoritarian” government will be too simplistic and unfair to those who participated in practically overnight building of the hospitals.

Some people call this approach a “Whole Nation Approach” (举国体制) that can mobilize resources across the entire country against a certain objective and purpose. It is based on a sense of pragmatic balance between a sense of collective responsibility and that of individualism on the part of all involved. While the state drives a sense of collective purpose and responsibility, through SOEs, it provides necessary public goods for citizens and businesses, entrepreneurs based on private initiatives are allowed and in fact encouraged to succeed against a certain state-driven rules-based order.

Some people attribute this to the historical heritage of China where the literate shared a sense of collective responsibility that comes from a lineage of vast and multiple strands of thought, mostly in the (Han-centric) Chinese civilization that later inter-mixed with imported thoughts from Buddhism. This coupled with the purpose and governance system of modern China has somehow created an inclusive culture that addresses both the collective interest as well as individual pursuits.

This has no doubt resulted in the massive and unprecedented intensity and pace of innovation and development, as well as resilience. Innovation has become an integral part of the Chinese culture and its manifestation is becoming more profound by the day.

Edward Tse is founder and CEO of Gao Feng Advisory Company, a global strategy and management consulting firm with roots in China.