How Buddhism Came to Ancient China Despite Dynastic Misgivings 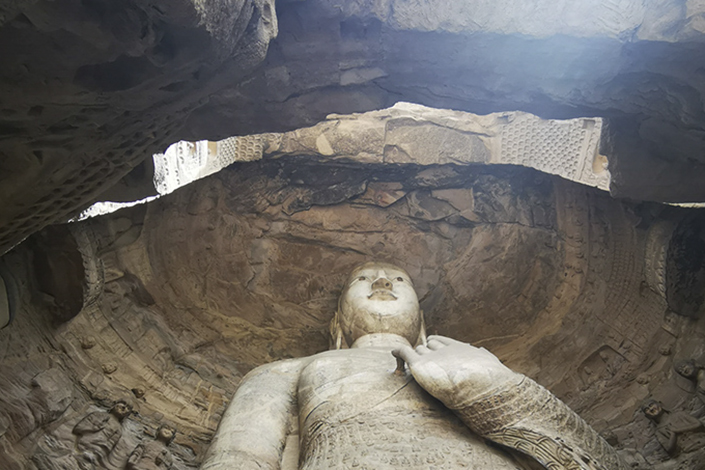 Looking back over the history of Buddhism in China, it was in the period of the Wei, Jin, Northern and Southern Dynasties (220-589 A.D.) that East Asia saw its first major expansion of the religion.

A critical reason for this was the sheer number of laypeople in China’s war-torn central plains who became Buddhist monks and nuns. How were they viewed by the dynastic regimes of the time?

In imperial China, people were squeezed for maximum benefit by the state, with no exception. Yet when civilians joined religious orders, they left the household registration system and reduced the state’s tax and forced labor base.

Despite practical and economic reasons to turn against Buddhism, the dynasties did not denounce the religion directly, choosing instead to condemn the values associated with this new culture and offer further support to traditional values. Acting as defenders of tradition, they critiqued Buddhist values as foreign — and as such, inconsistent with China’s national conditions.

Most of China’s imperial rulers held fast to this stance. But the Wei (魏), Jin (晋) and Northern and Southern dynasties (南北朝), with their founders and rulers of Central Asian background, were exceptions (Editor: the Wei dynasty was established by Tuoba tribesmen who were northern China nomads who spoke a Turkic language). Some conquering groups — like the ethnic Jie who established the Shi regime during the Sixteen Kingdoms period (304–439 A.D.) — maintained a distinctive Central Asian style even after assuming control of China proper. In such a context, even the foreign traditions of Buddhism were welcomed. According to the “Memoirs of Eminent Monks,” written during the reign of Shi Hu (formally Emperor Wu of the Later Zhao), the administration reported that a large number of Zhao people (included in the national household registration system) became monks and nuns, many as a means to escape taxation and forced labor.

Ruler Shi Hu (石虎) and his nobles discussed possible solutions. Editorial Director of the Secretariat Wang Du (王度) said that China already had a rich variety of sacrificial traditions and rites, so it was unnecessary to introduce Buddhism from beyond. It was decided that, as in the Han and Wei Dynasties, the regime should not intervene in the building of monasteries or the conversion of monks and nuns in the western regions, but locally, people should not even be allowed to burn incense or pray in monasteries — let alone become monks or nuns.

Shi Hu replied, “I am a foreigner, but rule over the people of China is mandated by heaven, and local customs of sacrifice must be followed. But, as Buddha is a foreign god, as a foreigner I should also enshrine and worship the Buddha.” The ruler went on to say that “systems and laws are ultimately determined by the ruler. Since I am the ruler, the Chinese people or those from the West are all allowed to worship Buddha and become Buddhist monks or nuns.”

Shi Hu’s decision, neither conducive to the national development of the economy nor to any other area, may have come from special consideration of a certain factor. Politics.

In Wang Du’s view, Chinese traditions could not coexist with alien Buddhism, so the foreign culture should not be imposed on Chinese people. In a broad sense, did that imply to Shi Hu that those from the non-local Jie (羯) ethnicity should not rule China? Prior to the establishment of the Shi regime of Later Zhao by Shi Le (石勒), Liu Kun (刘琨) — a former official of Jin — reminded him that “no ethnic people had been crowned since ancient time,” revealing a common belief that God’s will would be restricted by national conditions. But if, on the other hand, God’s will was universal, then rulers’ family backgrounds would be considered irrelevant. In which case, Buddhism’s status as either a local or foreign culture should have no bearing on its spread across China.

The conflict between Buddhism’s universality and the particularity of Chinese national culture would never really go away.

Emperor Wu of Northern Zhou (557–581 A.D.) personally organized and participated in a formal debate to crack down on both Buddhism and Daoism. His early efforts at mobilization included gathering more than 500 eminent monks of the Northern Qi to inform them of his decision to destroy Buddhism. All the monks, other than one named Huiyuan (慧远), were awed by his imperial power and kept silent. Alone, Huiyuan raised his voice against the decision.

Emperor Wu argued, “Buddhist texts come from foreign countries. Our country does not need them, so they must be abandoned.” Here, he was denying the universality of Buddhism on the basis of national conditions.

Objecting to his narrow view, Huiyuan used the universality of Confucianism as an example, arguing that as Confucius was born in the State of Lu, a foreign country to the States of Qin and Jin, how did Confucianism spread?

Emperor Wu replied, even though Lu, Qin and Jin were different states, their basic culture was consistent, so it was not a proper analogy to Buddhism, whose culture of origin was significantly divergent. To this, Huiyuan replied, in the Buddhist worldview, China and India existed in the same Jambudvipa, one of the four regions of Mount Sumeru. India and China may exhibit some differences, but they shared much in common. If Lu, Qin and Jin were all of one cultural background, then India and China were both of the same Buddhist world.

Of course, the debate between Emperor Wu and Huiyuan would not stop large-scale anti-Buddhist actions. But each side took an interesting stance.

As Buddhism advocates ridding oneself of worldly obligations — including those duties to one’s parents and the monarch — the anti-Buddhist theory of national conditions easily gained wide support from both state and society. But as Buddhism gradually compromised to adapt to local conditions — advocating the fulfillment of duty to one’s parents and respect for the monarch, even helping some dynasties establish legal systems or actively serving imperial politics — resistance to its spread weakened significantly. The national conditions theory never actually disappeared however, remaining in existence in various forms.

Luo Xin is a professor at Peking University’s Department of History.