Trending in China: Watch This Space – the Academic Squabble Over Who Designed China’s New Spacesuits 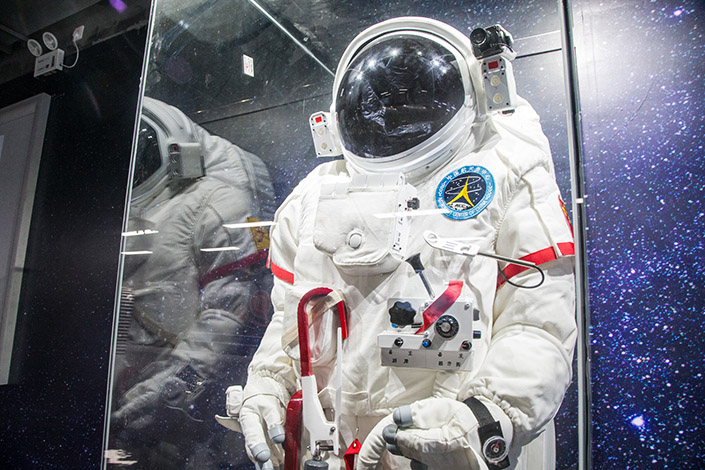 The hashtag Spacesuit-design-belongs-to-Xiangtan-University was trending on Weibo on Friday, as an academic dispute broke out over who can take credit for the recent sartorial achievements of China’s space program. As two of the country’s latest cohort of astronauts conducted their first spacewalk on Sunday, two universities down on Earth were squabbling about who had designed the cutting-edge spacesuit they were wearing.

The dispute has attracted at least 170 million views, and 48,000 comments.

After Liu Boming and Tang Hongbo wore the new Feitian spacesuit during their spacewalk, scientists at the two Hunan province universities took to TV and the microblogging platform Weibo to claim the design.

According to state media Global Times, the new spacesuit can support spacewalks of up to seven or eight hours, up from the four hours possible with older designs.

Hunan University, in the provincial capital Changsha, posted of its pride in its technological achievement, while Xiangtan University in the smaller city of Xiangtan announced in an article posted online that the spacesuit had been designed by its Industrial Design Department.

Ma wrote on Weibo that “going to a new university, promoting your new work unit and yourself are understandable, but only on the provision that you are speaking the truth. Going your own way is fine, but not if it blocks the way for others…For personal profit, it’s not acceptable to tarnish the name of your previous university or take their copyright.”

One Hunan University alumni felt hoodwinked by his college. “As a Hunanese studying abroad, I browsed my alma mater’s public tweets but didn’t know if they were right or wrong. I feel cheated by Luo’s lack of integrity.”

Another Weibo user expressed more general disgust at the academic affair. “Is this really the attitude and quality of researchers in scientific research?”

A Xiangtan University student wrote, “The results of our university shouldn’t be taken from us in such a blatant way.” Another wrote, “Hunan University’s achievements?! Seek truth from facts! Shameful plagiarism.”