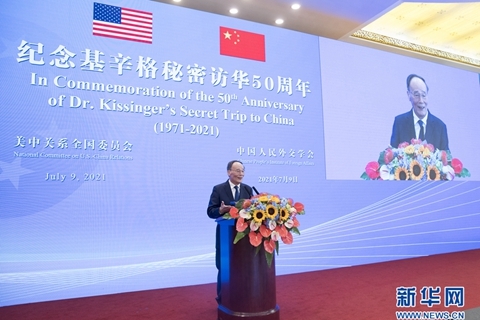 The context: Wang made the speech at an event celebrating the 50th anniversary of then-U.S. National Security Adviser Henry Kissinger’s historic visit to China. The Kissinger mission paved the way for China and the U.S. to establish formal diplomatic relations in 1979.

The 98-year-old Kissinger attended the event through a video call.

“Conflict between the U.S. and China will divide the whole world, and attempts to line up nations on one side or the other will create divisions in the world and temptations and pressures that will become increasingly difficult to resolve,” the former diplomat said.