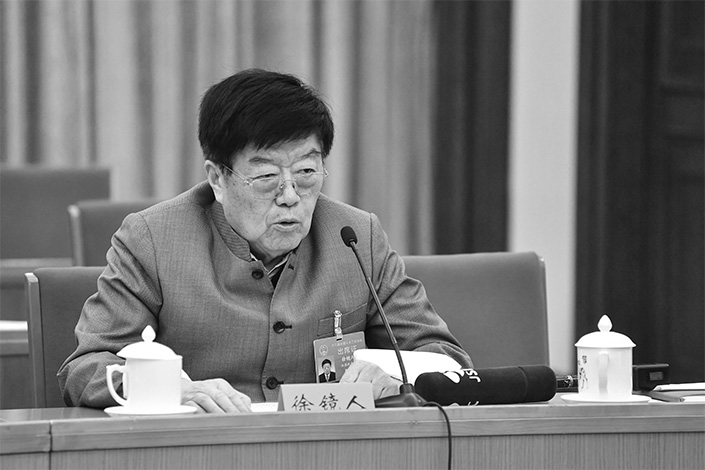 The founder of Yangtze River Pharmaceutical Group Co. Ltd., one of China’s largest unlisted drugmakers, has died after leading the company for five decades, leaving a question mark over the future of the company.

Xu Jingren, secretary of the Communist Party committee, chairman and general manager of the company, died at the age of 77 on late Monday after a sudden illness at work, according to an obituary (link in Chinese) released later by the company. The company is yet to publicly announce its next head.

Xu Haoyu, 48, son of Xu Jingren and head of the funeral committee (link in Chinese), has served as the vice chairman of the company for over a decade.

Founded in 1971, Yangtze River Pharmaceutical currently operates in businesses ranging from drugs, Chinese traditional medicine and medical devices to health food. Its financials remain undisclosed as Xu Jingren has been unwilling to list the firm.

The company hasn’t lost money for a long time, and would not “rush blindly to a listing,” Xu Jingren told an entrepreneur forum in December 2018. He expected the company’s profit to hit as much as 5 billion yuan ($772 million) in 2018. This compared to another top Chinese drugmaker, Jiangsu Hengrui Medicine Co. Ltd. (600276.SH), which reported a net profit of 4.1 billion yuan (link in Chinese) that year.

The elder Xu held a 51% stake in the company, the largest shareholder, public records show. He ranked 91st in the Hurun China Rich List in 2020, with a fortune of $6.9 billion.

The father said he preferred to grow the company in a stable manner rather than at a rapid pace at the very beginning, which would be short-sighted and could lead to “phony expansion,” according to an article (link in Chinese) published in May 2019 by a news magazine run by state-owned Xinhua News Agency.

By comparison, the younger Xu once claimed going public would become a necessity in the future, and that small businesses must enter the capital market as soon as possible, according to his interview (link in Chinese) with Talents magazine in 2012.

In 2015, Jiangsu Aiyuan Medical Technology Corp., 76% owned by Xu Haoyu, was listed on China’s National Equities Exchange and Quotations, which runs the country’s major over-the-counter stock exchange known as the New Third Board, before delisting in November 2018.

The son also has plans to turn the drugmaker into a broader health industry group. Over recent years, Yangtze River Pharmaceutical has been actively engaged in developing a wider variety of health products to expand its portfolio and increase sales, he said in an interview with the Jiangsu Sushang Development Promotion Association in March.

In April, Yangtze River Pharmaceutical was fined 764 million yuan, or about 3% of the Jiangsu province-based company’s sales in 2018, for fixing drug prices with retailers to restrict market competition and squeeze out competitors, as Chinese regulators extended an antitrust crackdown to include more industries.