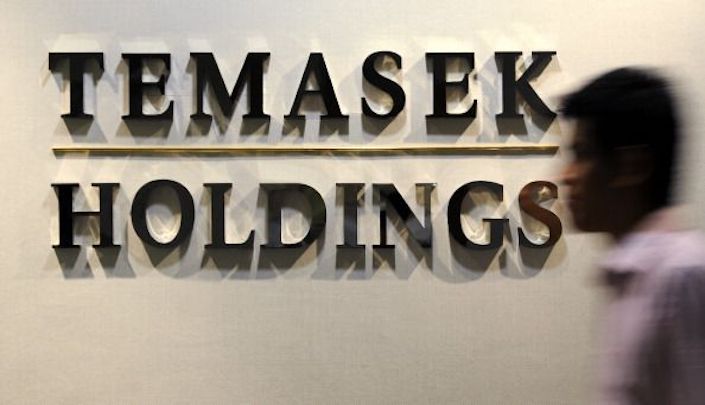 (Bloomberg) — Temasek Holdings Pte. remains optimistic about prospects in China even after two of its major investments there were sideswiped by regulatory crackdowns.

“We continue to look at the growth opportunities in China,” said Mukul Chawla, joint head for North America and technology at the Singapore state investor. “Our stance on China remains unchanged in our optimism.”

Chawla spoke after Temasek posted a 25% return in its latest fiscal year, the biggest gain since 2010. It holds more assets in China than any other country, including early-stage investments in fintech giant Ant Group Co. and ride-hailing giant Didi Global Inc., both of which are in industries targeted recently by Beijing.

“It’s not just in China that we are mindful of regulation and changing regulation, so I don’t believe it changes our stance on China in any way,” Chawla said Tuesday at a briefing on the results.

China remains Temasek’s largest market, with investments there making up 27% of its S$381 billion ($282 billion) portfolio as of March 31, the results showed. While the portion fell from 29% a year earlier, the China portfolio grew by S$14 billion, said Nagi Hamiyeh, joint head of the investment group.

China has been cracking down on technology companies over antitrust concerns while flagging issues of data security with enterprises like Didi. The government has proposed new rules that would require nearly all companies seeking to sell shares in foreign countries to undergo a cybersecurity review.

“It is clearly a current concern for some companies now as we’ve been hearing,” Hamiyeh said in response to a Bloomberg Television question about the potential decline in U.S. share sales for Chinese businesses. Still, he said, “there are different routes for Chinese companies to list, and it’s not only necessarily in the U.S. So we don’t look at that as the only and most critical consideration.”

In the past week, a medical data company, a fitness app and an e-commerce platform have postponed plans to go public in the U.S. TikTok owner ByteDance Ltd. is working to ensure that it complies with data security requirements before offering shares, people familiar with the matter said.

The share price Didi, the Uber of China, plummeted after the company’s $4.4 billion initial public offering (IPO) June 30 in New York when Chinese regulators this month ordered it off local app stores. Temasek also joined a $1.5 billion funding round this year for Didi’s on-demand trucking unit known as Didi Freight.

Temasek was an early investor in Jack Ma’s Ant Group, which was forced to pull its planned $35 billion IPO last year in the face of regulatory demands from Beijing. Fund managers have since slashed their valuations for the fintech giant, which had been valued as high as $320 billion ahead of the IPO.

Chawla remains “optimistic” on Didi and Ant, he said, without giving a specific valuation for Ant.

Fidelity Investments halved its valuation estimate for Ant to about $144 billion at the end of February, compared with $295 billion in August, according to U.S. filings.

The Singapore investor was also a cornerstone backer of JD Logistics Inc., buying $220 million ahead of its Hong Kong listing in May. The shares are trading below the IPO price.

Other China investments include Kuaishou Technology, the short-video startup that soared in its February debut in Hong Kong but has since given up most of the early gains.

Temasek has played a key role in fostering a range of industries in China, backing local financial institutions like China Construction Bank Corp., technology giants like Alibaba Group Holding Ltd. and pharmaceutical giant Wuxi Biologics Cayman Inc. Many of these are traded on U.S. exchanges, making the investments vulnerable to geopolitical strife.

The Singapore fund also frequently backs and creates joint-venture platforms for new areas of business. It worked with BlackRock Inc. to set up an asset management business in China last year.

Temasek opened an office in Shenzhen this year, adding to its Beijing and Shanghai outlets.

“We will continue to invest; we will consider regulation as it comes forward,” Chawla said.