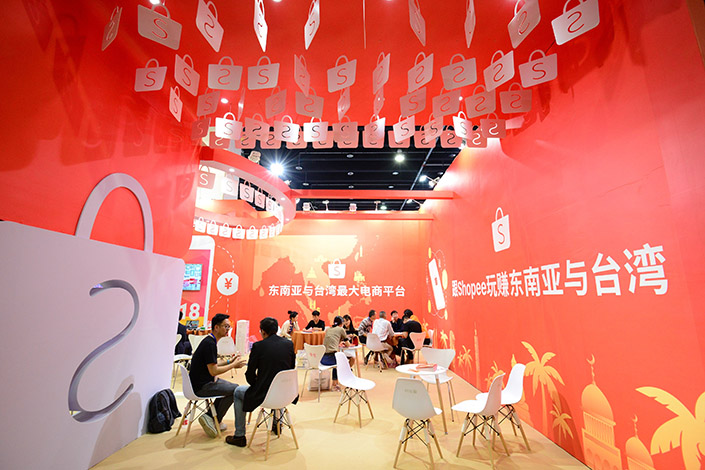 Tencent-backed Shopee, Southeast Asia’s largest e-commerce firm, has reshuffled its top brass as it talks up how Chinese merchants are crucial to fending off threats at home.

Zhou Junjie, the firm’s chief commercial officer, has taken over Chinese cross-border operations after arriving from Singapore in May for a three-month stint, he told Caixin this week. He remains general manager for the Singapore market.

Zhou said he plans to beef up Shopee’s Chinese logistics and payments chops, and shorten the payback period for Chinese cross-border sellers, as a way to entice more local merchants to sell overseas on the platform as China’s e-commerce exports surge.

According to figures disclosed on July 13 by China’s General Administration of Customs, China’s e-commerce exports were up 44.1% year-on-year in the first half of 2020 to 603.6 billion yuan, while imports rose 4.6% to 283.1 billion yuan.

In 2020, Shopee’s total revenue more than doubled from 2019, fueled by rising demand amid pandemic lockdowns. While in the past the majority of Shopee users were younger people and women, Zhou said the demographics broadened during the pandemic as more 30- to 50-year-olds shopped online — alongside more consumers outside larger cities.

He said users were still very price sensitive, but have gradually grown more willing to splash out for name brands.

Still, the firm has been bleeding cash to keep merchants on the platform, and has come under pressure in Indonesia, its largest market, after May’s mega-merger of ride-hailer Gojek and e-commerce firm Tokopedia into Goto, Indonesia’s largest homegrown tech firm.

Shopee, owned by New York-listed Singaporean conglomerate Sea Ltd., operates warehouses in Shanghai, Yiwu, Quanzhou, Shenzhen and Hong Kong, and recently added new ones in Yiwu and Dongguan. It also hopes to beef up cargo flights from China to Southeast Asia in the future, Zhou said.

“The e-commerce industry has to make a lot of operational decisions every day… consumer habits will change immediately, and the local team must respond quickly,” Zhou said of his move to China, attributing the firm’s rapid growth during the pandemic to its flexibility.

Shopee was founded in 2015 by Forrest Li, as a subsidiary of Sea, which he set up in 2009 as Tencent’s local gaming offering in the region. Tencent Holdings Ltd. now owns 22.9% of Sea, making it the second-largest shareholder after Li himself.

The cash for most of the user subsidies Shopee pays comes from Garena, the group’s gaming business. Shopee reported a loss of $413 million in the first quarter, up from $264 million a year earlier, but its loss per order fell to $0.38 from $0.61 in the first quarter of 2020.