Wang Tao: China’s Post-Covid Recovery to Be Nearly Done by 2022 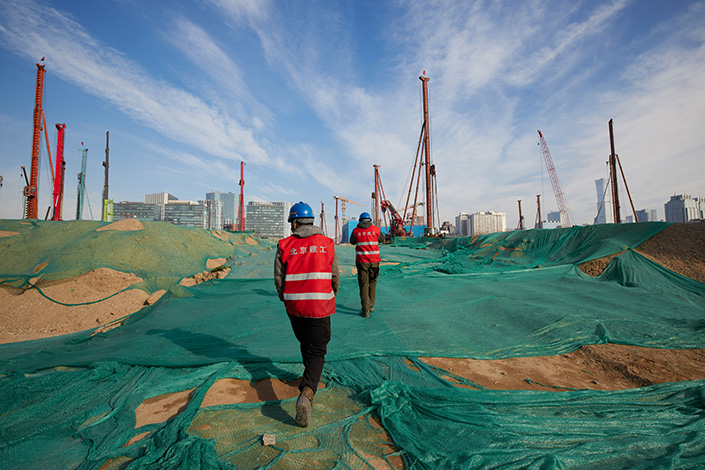 UBS predicts the rise in CPI inflation in the second half to be limited by lower pork prices while PPI has peaked. Photo: Zhen Hongge

China’s domestic consumption has recovered at a slower pace than expected, in part due to Covid-related restrictions as new cases emerged in April and June in southern China. Both new domestic cases and new variants outside of China seem to have also suppressed consumer confidence and limited the rebound in services activities.

Meanwhile the government has also been slow in issuing special local government bonds, with slow release of fiscal funding contributing to weaker-than-expected infrastructure investment, which declined in May and June. Industrial production has also been hindered by supply shortages (e.g. chips) and the sharp increase in raw material costs in some sectors.

Macro evidence and the latest UBS Evidence Lab consumer survey suggest the consumption recovery may not be as strong as previously envisaged. While China has ramped up vaccination in recent months and is expected to inoculate over 80% of the population by end-2021, we think the current control of contact-intensive activities will likely remain.

UBS Evidence Lab survey also shows that income growth has not fully recovered, while consumer sentiment remains cautious, with more consumers planning to increase saving. As a result, we now expect consumption recovery to fall short of GDP growth this year. In addition, although we think special local government bond issuance will pick up speed in the coming months, the previous delay and the ongoing tightening of local government financing vehicle debt may limit the strength of infrastructure in the coming months.

Therefore, we downgrade 2021 GDP growth forecast from 9% previously to 8.5%, mainly on account of weaker consumption growth, revised down now to 8% from 10% earlier. Meanwhile, despite the expected export slowdown in the coming months, the strong year-to-date exports number should help push up the contribution of net exports to GDP growth to 1.6 percentage points from 0.8 percentage points in our previous forecast. Sequentially, we expect seasonally adjusted quarter-on-quarter growth to stay at about 6% (annualized) in the third quarter before slowing again somewhat in the last quarter on account of some production cuts. On a year-on-year basis, GDP growth is expected to slow steadily in the second half due to fading base effect, likely below the 5% year-on-year in the fourth quarter.

We maintain our GDP growth forecast of 6.2% for 2022. While China’s post-Covid recovery is expected to be largely completed by 2022, the U.S.-led global recovery should still be going strong next year. As a result, robust global growth is expected to lead to solid export growth from China, notwithstanding likely recovery in global supply chain and increased competition. Meanwhile, slowdown in China’s domestic investment will help slow imports. On the services side, we expect China’s borders to remain largely closed until at least the first half of 2022, limiting the recovery of outbound tourism. Consequently, net exports should still contribute positively to GDP growth, helping growth to stay above potential for another year.

We foresee the rise in CPI inflation in the second half to be limited by lower pork prices while PPI has peaked. Although commodity prices are likely to stay elevated or even rise somewhat in the coming months, the momentum of increase has peaked and consequently, PPI inflation has also likely peaked. While higher commodity prices have started to pass through to some downstream industrial and consumer goods and will likely push non-food prices higher, we expect the sharp decline of pork prices to help limit the strength of CPI increase in the second half. For 2021, we expect CPI to average 1.3% before rising to 2.4% in 2022, as food prices stabilize.

Are the authorities worried about a growth slowdown?

Investors and analysts have watched China’s economic activity slowing down recently, with industrial production losing some momentum and consumption softer than expected. Some in the market and in onshore think tanks have looked for some policy easing. Many analysts now see the recent RRR cut as evidence supporting this view.

Despite the RRR cut, we do not believe the authorities are generally concerned about overall economic momentum. We believe some of the factors impeding growth are fading: Covid-related restrictions have eased in Guangdong, Shenzhen’s Yantian port is fully open, and local government bond issuance is likely to pick up pace in the coming months. More importantly, the government’s overall policy mix suggests it is not very concerned about economic growth, at least not this year: the government has intentionally kept the fiscal stance tighter than planned, slowing the pace of local bond issuance and infrastructure investment; it has tightened regulations and/or supervision on internet platforms, fintech, financial markets and local government financing vehicle debt; and it has maintained a hawkish stance on controlling heavy industry production and carbon emission despite the sharp increase in commodity prices. In addition, Property policy is reportedly being tightened at the margin in addition to continued control of developers’ financing, with tight mortgage quota and increase of mortgage rates in some major cities.

Downward pressure and downside risks remain in the second half 2021, but GDP growth should be comfortably above the government’s target. As discussed above, there are potentially downward pressures in the second half 2021: export growth is expected to slow as base effects fade and global production recovers while consumption shifts towards services, property tightening and earlier delays in local government bond funding will likely lead to slower construction, environmental restrictions may limit industrial production in the coming months, and high commodity prices may lead to operation difficulties or even closures of some downstream producers. Even so, with Covid-related restrictions easing, vaccination rate rising, local government bond issuance likely accelerating, and global demand staying strong, we still expect growth momentum to stabilize at around 6% quarter-on-quarter seasonally adjusted annual rate in the second half. As such, we expect this year’s GDP growth to average over 8% (8.5%), comfortably above the government’s lower bond of at least 6%.