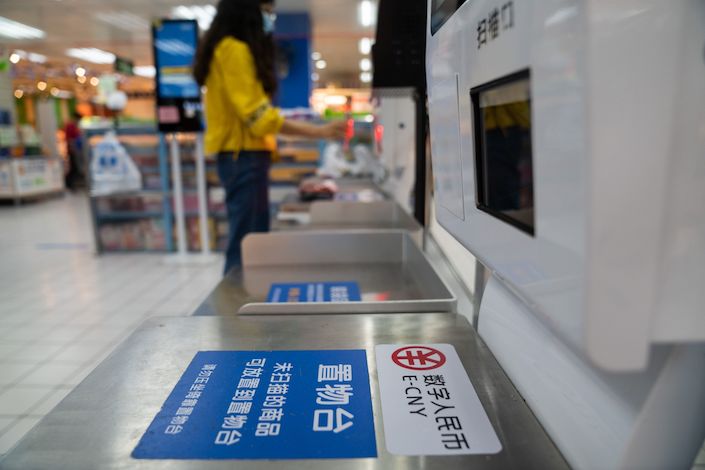 Signage for the digital yuan

Across China, more than 20.8 million individuals opened virtual wallets to store the digital currency and made more than 70.7 million transactions, the People’s Bank of China (PBOC) said Friday in a white paper. The central bank said it will continue to test and develop the system but won’t set a timetable for its official rollout.

So far, the central bank has basically completed the research and development of the design and function of the digital currency, the white paper said. Going forward, the PBOC will “further expand the scope of the trials and the scenarios they cover,” it said.

China’s push to develop a digital yuan has accelerated the move globally, prompting more central banks to look into developing virtual currencies. At the same time, it has also raised concerns that China’s digital currency may challenge the U.S. dollar’s status as the world’s dominant reserve currency, even as Chinese officials say it will mainly be used for domestic retail transactions.

China started the test of its digital currency in late 2019 and has since expanded the trial to 11 cities and provinces, the white paper said. The trials have increased the public’s understanding of how it works, it said.

The digital yuan is a retail central bank digital currency that will be circulated among the public, as opposed to a wholesale digital currency issued to commercial banks and other institutions for large-volume transactions, the white paper said.

Technically, the digital yuan can be used for cross-border transactions, but it will mainly be used for domestic retail purposes for now, according to the white paper. The PBOC will explore cross-border trials based on overseas needs and will respect other countries’ monetary sovereignty in the process, it said.