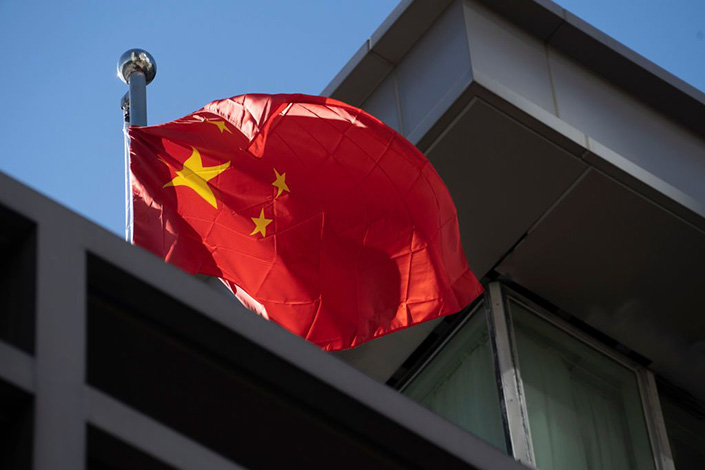 Investing in Chinese government debt could be a politically sensitive issue in Japan given the nations’ shared history. Photo: Bloomberg

(Bloomberg) — While Japan’s mammoth Government Pension Investment Fund (GPIF) has yet to decide if it should invest in Chinese sovereign bonds, a smaller pension operator that mimics the GPIF’s portfolio says it will treat Chinese debt the same as any other emerging market’s.

The Promotion and Mutual Aid Corporation for Private Schools of Japan, or PMAC, which provides pension services to private school workers, will consider investing further in Chinese debt when it’s added to FTSE Russell’s benchmark World Government Bond Index in October, according to Kei Terasako and Masaharu Noguchi, two officials from the fund.

PMAC is already invested in Chinese debt, as the fund also uses as a benchmark the Bloomberg Barclays Global Aggregate Index, which began including Chinese bonds from April 2019.

“Liquidity-risks and regulatory risks have not materialized at the moment,” Terasako, a manager at PMAC’s asset-management department, told Bloomberg News in an interview. From a fiduciary duty perspective, “we can’t give a reason not to include it.”

Whether the GPIF, the world’s largest pension fund, should invest part of its 186.1 trillion yen ($1.7 trillion) of assets in Chinese sovereign debt is one of the key questions hanging over the Japanese pension fund industry. The debate has been triggered by FTSE Russell’s decision to start adding the debt in stages to its benchmark, which is widely followed in Japan.

Investing in Chinese government debt could be a politically sensitive issue in Japan given the nations’ shared history, which has recently extended to wars of words over the issue of Taiwan. GPIF President Masataka Miyazono has yet to give a definitive response on the issue, acknowledging the need to consider Chinese debt as an option, but also citing the need to be cautious and “tread carefully” due to the large amount of money the GPIF manages.

PMAC had 2.8 trillion yen ($25.4 billion) of assets under management as of the end of March. Like other smaller pension funds in Japan, it uses the same portfolio structure as the GPIF, which is dictated by the nation’s Health Ministry. That splits investments evenly into four segments of domestic and foreign stocks and bonds.

The fund stressed it will remain flexible in the face of risks in the Chinese market. Those include time to open accounts, trading costs and the sudden imposition of regulations.

“It’s possible we could change direction, depending on the market conditions and regulations of the time,” Noguchi stressed.