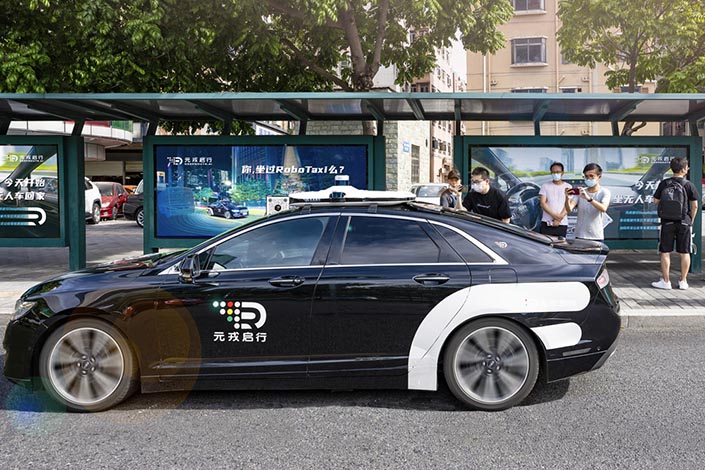 Chinese autonomous vehicle companies have been racing to offer their own robotaxi services in the country’s big cities in preparation for a future in which public transport systems may adopt driverless cabs as standard. The latest to do so is a Shenzhen-based startup founded just two years ago.

DeepRoute.ai launched its robotaxi service in Shenzhen on Monday, becoming one of the first companies to carry passengers in autonomous vehicles in the city, although human backup drivers are there just in case, according to a company statement.

Currently, a fleet of 20 robotaxis has been deployed in the central business district of Shenzhen, where more than 100 pick-up and drop-off points have been established. The service is now only available for free to passengers over 18 years old, who are required to apply for an invitation code through DeepRoute.ai’s official WeChat account before booking a ride.

“We have tested our self-driving vehicles in Shenzhen for more than two years,” said DeepRoute.ai Vice President Liu Xuan. “We are excited to launch this program and look forward to gradually increasing the number of vehicles available and operation zones covered.”

The launch comes three months after DeepRoute.ai obtained what it called the first permit to trial its robotaxi service in Shenzhen, where lawmakers are reviewing a draft regulation on managing intelligent and connected vehicles.

On Saturday, Baidu expanded its Apollo Go robotaxi service to Guangzhou, allowing users to take autonomous rides in a designated area that contains more than 200 pick-up and drop-off spots. Last week, the city’s government announced the launch of a pilot project that will allow the coexistence of self-driving cars and human-driven vehicles on public roads, paving the way for the large-scale use of driverless vehicles in the city.