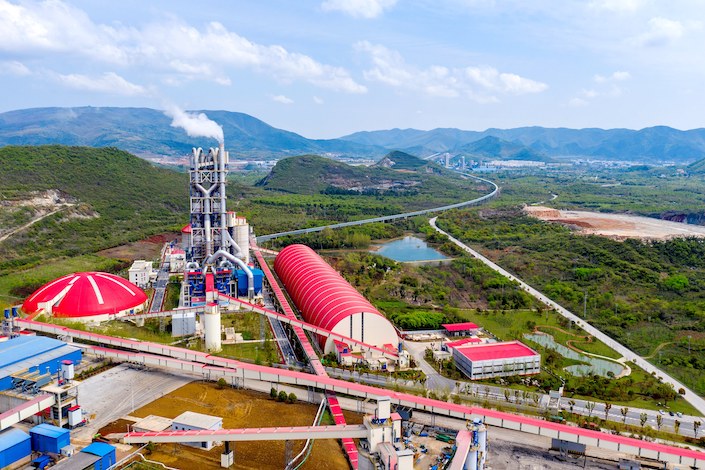 State energy giant Sinopec said its Yanshan company in Beijing put hydrogen-fueled heavy trucks into operation for the first time for short-distance transport. The trucks are equipped with uniform standard hydrogen. With 5 to10 minutes of refueling, the vehicles will be able to drive as far as 400 kilometers. China has been cranking up investments in hydrogen, a renewable and potentially clean source of energy, to support the government’s goal of dramatically reducing emissions of carbon dioxide.

State Grid of Corp. of China won a bidding contest to buy 66% of mid-sized Brazilian peer CEEE for 2.67 billion reals ($510 million), marking its latest acquisition of such assets in developing markets. The investment gives State Grid majority control of one of Brazil’s top 10 power distributors, with a distribution network covering the equivalent of 6,000 kilometers and 72 transformer substations. The deal still requires approval from Brazil’s power and antitrust regulators.

China unveiled its self-developed maglev train capable of traveling as fast as 600 kph (373 mph) as the country moves to improve its well-established rail network led by high-speed trains. The train, which has been under development by giant railroad-equipment maker CRRC Corp. Ltd. (601766.SH) since 2016, rolled off the production line Tuesday in the eastern coastal city of Qingdao. Progress on what would be the world’s fastest train paves the way for rolling out maglev trains for commercial use.

Jiangxi Shenghua Technology Co. Ltd., a subsidiary of Mianyang Fulin Precision Machining Co. Ltd. (300432.SZ), plans to invest 4 billion yuan ($617 million) to build a lithium iron phosphate cathode materials plant with a production capacity of 250,000 tons in Sichuan. The first phase of the project will have a capacity of 60,000 tons, with investment of 1.06 billion yuan.

An aluminum alloy plant of Dengfeng Power Group Co. Ltd. in China's central Henan province exploded Tuesday morning as flooding water entered the plant. No casualties were reported. The explosion happened after severe flooding in the region caused a breach of the factory walls, local authorities said. The plant in the town of Gaocheng was shut down and its staff evacuated at around 4 a.m. after the nearby Ying River burst its banks.

Chinese cutting equipment maker Qingdao Gaoce Technology Co. Ltd. said it will invest 1.65 billion yuan ($255 million) to build a 20 gigawatt large-sized solar wafer plant in southwestern China’s Sichuan province. The project is planned to be implemented in two phases. The first phase will take nine months to build 6 gigawatts of solar wafer capacity, with an investment of 566 million yuan. The second phase will have a capacity of 14 gigawatts and cost 1.1 billion yuan.