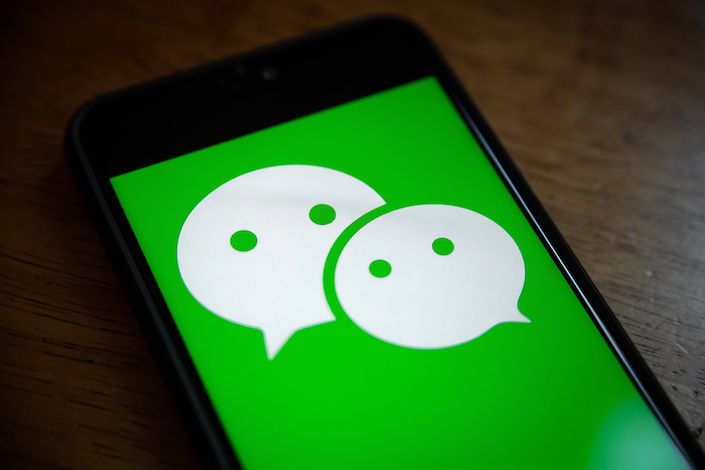 The logo for Tencent Holdings Ltd.'s WeChat app is arranged for a photograph on a smartphone in Hong Kong

(Bloomberg) — Tencent Holdings Ltd. suspended new user registrations for its WeChat services, adding to uncertainty for a technology sector that’s in the midst of a two-day selloff.

WeChat, which already has more than 1 billion users, is undergoing a “security technical upgrade” in accordance with relevant laws and regulations, Tencent said in an online statement. It said it expects to resume new individual user registrations around early August.

Investors have fled Tencent and other internet giants over the past two days after China announced its toughest-ever curbs on the online education industry and issued a series of other edicts governing illegal online activity and food delivery. President Xi Jinping’s government embarked on a series of crackdowns over the past nine months on China’s most influential private-sector companies over issues ranging from antitrust to data security as it seeks to rein in the tech giants’ influence over most of everyday life.

WeChat — a fixture in China for everything from hailing a cab to ordering meals and paying utility bills — plays a central role in funneling traffic to Tencent and showcasing its businesses. However, the services are largely walled off from users on platforms operated by rivals such as Alibaba Group Holding Ltd.’s main shopping sites. In a statement Monday, China’s tech-industry regulator said it’s embarking on a campaign to rectify illegal behavior online, including the blocking of external links as well as the collection and storage of data.

Tencent, the most valuable company in China, sank 9% Tuesday, the most since October 2011. The social media and gaming giant lost more than $100 billion in market value in the past two days, joining a slump in China’s biggest tech companies. Meituan, a Tencent investee, sank a record 18% Tuesday, in part as China’s antitrust regulator ordered food delivery platforms to ensure delivery drivers’ welfare.

Tencent’s pause in new WeChat user sign-ups for security upgrades may not have a big impact on user and sales growth. With 1.24 billion monthly active users across WeChat and the Chinese version Weixin, most people who were going to get the app already have it. Monthly active users had been projected to expand 3.9% in the third quarter and 3.1% for 2021, based on consensus estimates, said Matthew Kanterman, senior analyst at Bloomberg Intelligence.