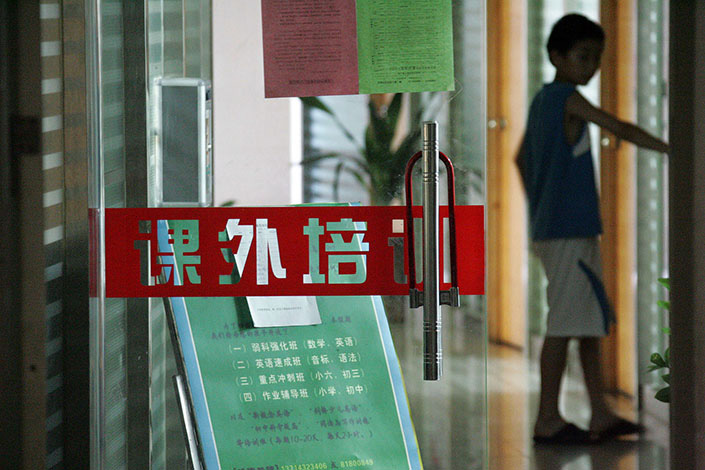 China is introducing sweeping changes to the after-school tutoring industry which will turn some existing businesses into nonprofit institutions, bar them from public market financing and prevent the creation of new businesses providing school curriculum subjects, according to a newly released statement.

The State Council, China’s cabinet, and the Communist Party of China Central Committee jointly issued the statement (link in Chinese) Saturday, aiming to reduce the burden on students from homework and after-school tutoring, known as “double reduction,” while easing financial pressures on their families.

The crackdown on the booming tutoring industry is aimed at protecting students undergoing nine years of free, compulsory education, which includes six years of elementary school and three years of middle school.

According to the new edict, local authorities will stop approving establishment of institutions that offer tutoring on curriculum subjects to elementary and middle school students, while the current institutions will be re-registered as nonprofit ones.

Going forward, all curriculum-based tutoring institutions are banned from raising capital through initial public offerings, and listed companies will not be allowed to invest in these institutions through stock market financing or by acquiring their assets from issuing shares or paying cash, the statement said. Foreign capital will also be barred from such institutions.

After-school tutoring courses will not be held on weekends or national holidays, the statement said. Online tutoring should protect students’ eyesight, with each class lasting less than 30 minutes and all courses finishing by 9 p.m. each day.

In addition, a system for recording off-campus tutoring institutions’ training content will be established to supervise whether institutions continue to provide prohibited activities such as “advanced training” to preschoolers.

The statement said the government will “firmly investigate and deal with outstanding problems,” such as the mixed quality of training, vulgar and illegal content, piracy and infringement of curriculum materials, in accordance with the law and regulations.

China has punished a string of illegal after-school training activities since the beginning of the year. The national broadcaster CCTV in March removed advertisements of some top online tutoring businesses, including the Tencent-backed homework tutoring app Yuanfudao, following financial defaults in the sector.

Beijing, Shanghai and Guangzhou are among the national pilot cities which will take the lead in introducing the requirements, which include reducing the number of local after-school tutoring institutions and enhancing supervision over tuition fees, the statement said.

In 2016, more than 137 million Chinese students attended tutorial classes after school, with students from megacities such as Beijing and Shanghai accounting for a large proportion, according to data from the Ministry of Education (link in Chinese).