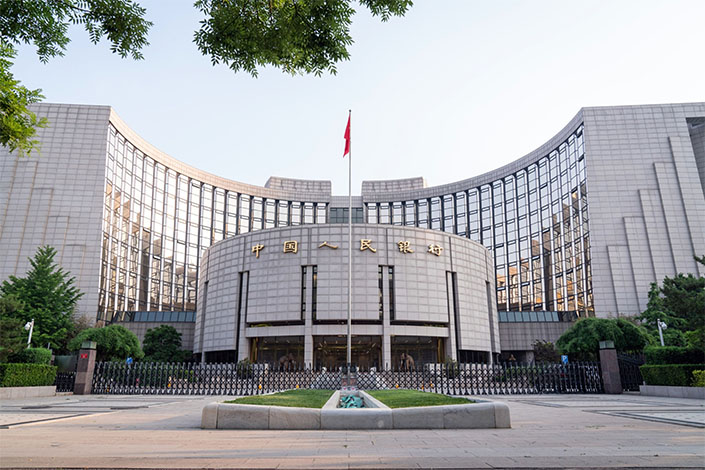 The People’s Bank of China headquarters in Beijing on May 19. Photo: Bloomberg

The People’s Bank of China (PBOC) added 30 billion yuan ($4.6 billion) of liquidity into the financial system with seven-day reverse repurchase agreements, raising it from 10 billion yuan of injections for the first time since June 30. The move also came amid seasonal tightness in liquidity ahead of month-end.

The cash injection is seen as a signal that regulators are seeking to restore calm in financial markets after reforms announced in China’s after-school education sector induced a sharp sell-off. Interbank borrowing costs dropped Thursday, with the overnight repurchase rate falling the most in nearly a month. The yield on China’s most actively-traded 10-year government bond extended decline after rising by the most in a year on Tuesday.

Thursday’s cash operation follows a meeting convened by China’s securities regulator with executives of major investment banks on Wednesday night. State-run media have also published a series of articles suggesting the rout is overdone while some analysts have speculated government-linked funds have begun intervening to prop up the market.

“The PBOC added more liquidity at this time to ease and support market sentiment,” said Ming Ming, head of fixed-income research at Citic Securities Co. Ltd. “There’s greater demand for funds as a month-end approaches and so liquidity is slightly tight,” he said, adding that bonds should gain in the near term with the liquidity boost.

There was more demand for seven-day repo this morning as banks sought cash beyond the end of the month, according to a trader. The overnight repurchase rate fell 42 basis points to 1.64%, the 10-year bond yield declined two basis points to 2.91% while the CSI 300 Index rose to nearly 2%.

A selloff in Chinese stocks had spread to the bond and currency markets on Tuesday amid unverified rumors that U.S. funds are offloading China and Hong Kong assets. That’s after traders in Asia had already dumped stocks on concern over a wider regulatory crackdown following a sudden policy change on education companies.