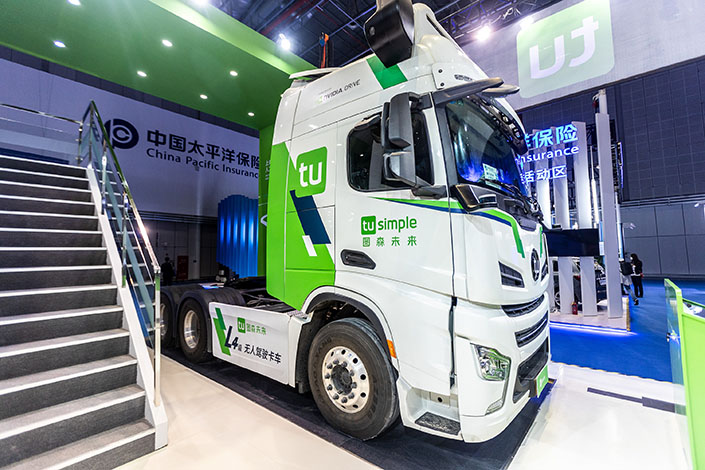 Self-driving truck startup TuSimple has forged a partnership with U.S. transportation and logistics company Ryder to support its plans to build an autonomous freight network that will cover most of the U.S.

Under the partnership, TuSimple, which splits its operations between China and the U.S., will use some of Ryder’s more than 500 maintenance sites as terminals along its autonomous freight routes, according to a joint statement released Thursday.

Currently, TuSimple, based in San Diego and Beijing, operates a fleet of more than 50 self-driving trucks to transport goods in the U.S. states of Arizona, New Mexico and Texas, with plans to expand to the East Coast by the end of this year. These rigs are powered by U.S. Society of Automotive Engineers-rated Level 4 technology, which allows vehicles to drive themselves with no human intervention under most circumstances.

TuSimple said gaining access to some Ryder facilities will exempt it from extra heavy investment in building its own new terminals amid efforts to scale up its driverless freight system across the U.S.

Last year, TuSimple laid out a plan to work with local logistics operators including its financial backer UPS to expand autonomous operations to cover transportation arteries in 48 U.S. states by 2024.

Trucking is widely considered to be a viable application of self-driving technology because the highways on which big rigs usually run tend to have relatively predictable traffic conditions.