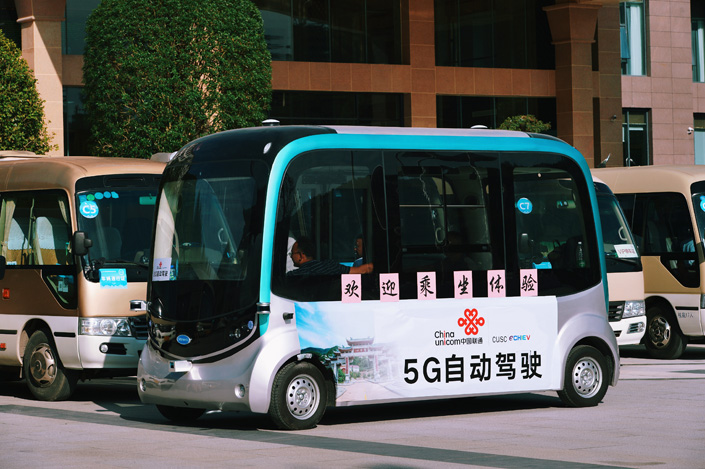 China has updated its regulations on driverless car testing in an attempt to accelerate the commercialization of self-driving technology.

The revamped regulation, which was jointly published by the Ministry of Industry and Information Technology, the Ministry of Public Security and the Ministry of Transport on Friday, allows qualified firms to conduct trials of autonomous vehicles used for transporting passengers and goods on highways and city roads.

Driverless cars that are equipped with real-time remote monitoring systems and can record and store driving data for at least 90 seconds before any crash or system failure are eligible to apply for the trial.

Human drivers are required to be present in the self-driving cars used in trials, and will be held responsible for any traffic violations in accordance with the country’s current traffic rules.

The release of the regulation comes as Chinese self-driving car developers are redoubling efforts to monetize their technologies at a time when the general public still has reservations about the safety of autonomous rides.

In May, the smart logistics subsidiary of Chinese self-driving car startup Pony.ai obtained a license to conduct commercial autonomous freight operations in the Chinese southern megacity of Guangzhou. In April, Chinese search engine giant Baidu gained approval to charge for its autonomous bus pilot program in the western Chinese city of Chongqing.

Last year, China’s National Development and Reform Commission and several other government agencies set a goal for 2025, by which time the country should achieve mass production of vehicles featuring Level 3 self-driving capabilities. The Society of Automotive Engineers classifies autonomous driving into six levels from 0 to 5, with Level 3 referring to features that allow a car to drive itself only under certain circumstances in which a human driver is ready to take control in case of an emergency.