By Matthew Walsh and Wang Bowen 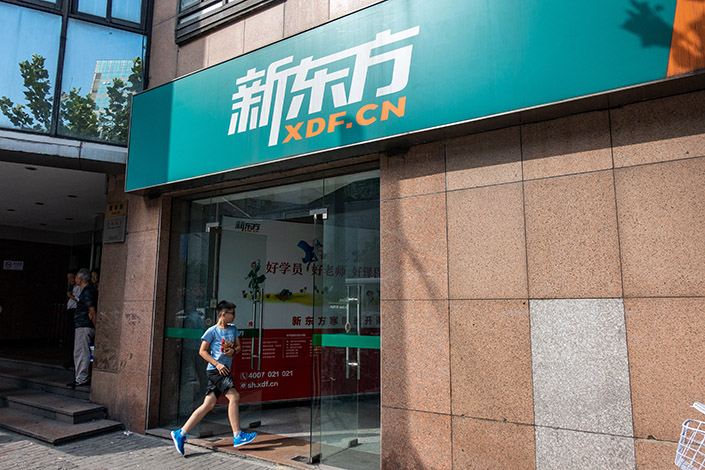 Two of China’s largest U.S.-listed private tutoring firms have cancelled the release of their latest earnings reports, after Beijing radically altered the landscape with new regulations that will ban many in the sector from making a profit.

New Oriental Education & Technology Group Inc., the Asian nation’s biggest private tuition provider, and TAL Education Group both said on Friday that they had cancelled the disclosures and calls with investors “in light of the recent regulatory developments.”

Neither company provided specific reasons for the move. New Oriental previously said it would release its report for the fourth quarter of last year on Tuesday in the U.S., while TAL said it would disclose its results for the first quarter of its fiscal year, which starts in March, on Thursday.

More than $100 billion has been wiped off the market value of Chinese education stocks since the government announced sweeping new regulations last month that require private tuition firms to register as nonprofit entities and restrict the scope of their business.

The move has plunged China’s freewheeling private tuition industry into turmoil, with some companies responding by laying off staff and frantically expanding services that are likely to be unaffected by the rules.

In a sign of how the regulations will work in practice, the State Council — China’s cabinet — said on Friday that the ability of provincial governments to reduce the study burden of children in primary and secondary schools would factor into overall assessments of their educational work.

Neither company responded to Caixin’s requests for comment. Both previously said they would comply with the regulations.

A spokesperson for rival firm Gaotu Techedu Inc., which is also listed in New York and has declined by 68% since July 22, said the company had not confirmed any details of its next earnings release.