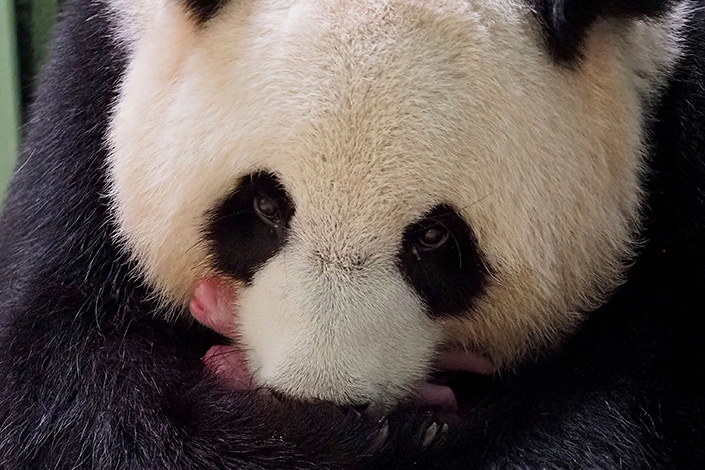 Parents Huanhuan and Yuanzi have been on loan to France since 2012 as a symbol of diplomatic ties between China and France. They live at the zoo in Saint-Aignan south of Paris. In March, zoo officials announced that the pair had mated, but that artificial insemination was also used to increase the chances of pregnancy.

According to a video posted online Tuesday by the state-run China Daily, the cubs are a cause for celebration for panda vets at the zoo, as the species is notoriously hard to breed in captivity. “We rejoice in the liveliness of the babies, from their very first moments,” Delord said.

The twins, known as Mianhua and Xiaoxue by the team, will be given official names when they reach 100 days old.

In 2017, Huanhuan gave birth to her first cub, Yuanmeng, the first panda to be born in France. French newswire AFP reported that Yuanmeng now weighs more than 100 kilograms (220 pounds), and will be returned to China this year. Some countries have struggled to feed their captive pandas due to Covid restrictions. The Calgary Zoo in Canada said last May that it would send its two adult pandas back to China due to a shortage of fresh bamboo, Reuters reported.

China said in early July that giant pandas were no longer endangered in the wild. There are now an estimated 1,800 living in the wild and another 500 in captivity in the country.

Among the congratulatory comments below China Daily’s video announcement, one reads, “Huanhuan looks like she has been well looked after in France. Unlike pandas sent to the U.S.”

“It’s a good thing Chinese vets were present at the birth,” another wrote.

One panda follower remembered that when Yuanmeng was born at the same zoo, the director cried on camera. “This zoo director is really great,” the comment read.