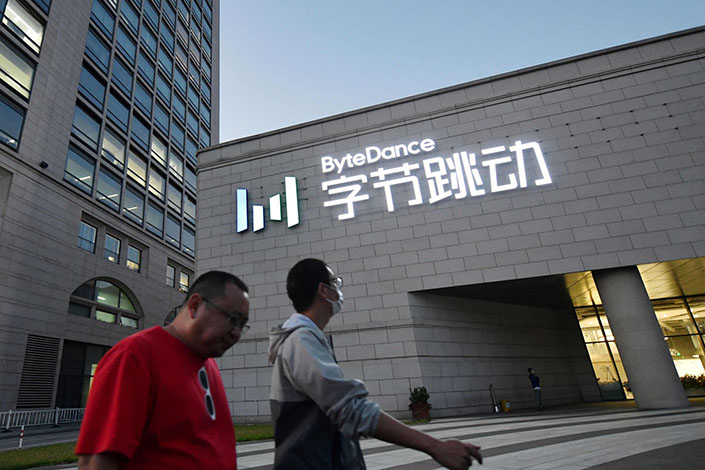 The ByteDance’s headquarters in Beijing. Photo: Bloomberg of ByteDance

(Bloomberg) — TikTok-owner ByteDance Ltd. has laid off hundreds of employees as the social giant shuts down a significant part of its online education businesses to comply with Beijing’s new regulatory regime for the after-school tutoring industry.

The Beijing-based company told employees working on edtech products including Guagua Long, Qingbei and GoGoKid that they will be laid off with compensation, said a person familiar with the matter. At least hundreds of employees were affected, while others will switch to different products under the ByteDance umbrella, the person said. GoGoKid, a one-on-one English tutoring app similar to Tencent Holdings Ltd.-backed VIPKid, will shut down completely, while the other two apps shift focus to quality education like coding and art, the person added.

It’s unclear if ByteDance will lay off more employees. Local media had earlier reported the shutting of the services. A company representative didn’t immediately respond to requests for comment.

China’s government last month enacted its harshest ever curbs on the $100 billion after-school tutoring industry, banning private firms teaching school subjects to kids from earning profits and raising capital. Companies were also not permitted to hire foreigners outside the country as teachers or teach school curricula to children under 6 — rules that directly hit ByteDance’s GoGoKid and Guagua Long platforms. The curbs sparked a sell-off that wiped out more than $1 trillion of value from Chinese equities, as investors weighed the extent to which Beijing would go to rein in its vast internet industry.

ByteDance had ventured into education in search of its next big hit after TikTok, its Chinese twin Douyin and the news aggregator Toutiao. Senior Vice President Chen Lin had previously said the company’s education arm will invest without considering profitability in the next three years. At one point, the unit had more than 10,000 employees, including tutors.

A search on Apple’s App Store in China Thursday showed that GoGoKid was no longer available for download. Rival VIPKid’s app remains on the platform.

China’s regulatory salvo threaten to annihilate a private tutoring arena once viewed as crucial to grooming a future workforce, but is now under fire for spending wars and cut-throat competition. The growing cost of tuition, along with a relentless stream of ads that play on parents’ paranoia, has triggered widespread outrage over how the industry is enriching entrepreneurs and their financiers while fomenting social inequality.

Yuanfudao, the $15.5 billion startup backed by Tencent and DST Global, plans to yank all advertising after already curtailing part of its marketing earlier this year, one of its largest expenses, other people familiar with the matter have said. Gaotu Techedu Inc. is shutting 10 of 13 offline tutoring centers it operates across the country and is laying off more than 10,000 people, about a third of its staff, local media Late Post has reported.