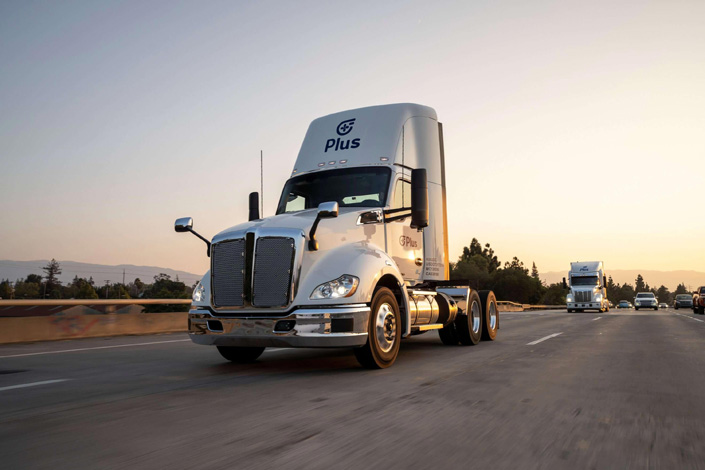 Autonomous truck startup Plus has conducted a test in China in which a semi-trailer truck ran completely independently of human intervention.

In a statement published on Thursday, Plus, which splits its operations between China, the U.S. and Europe, said that the successful trial took place on the newly built Wufengshan highway in the Yangtze River delta region.

The test of the semi-trailer truck, equipped with Level 4 autonomous driving technology, aims to progress the commercialization of a driver-in product for semi-trailer trucks called PlusDrive, according to the company’s statement. Level 4 technology is the second-highest level of autonomy, which allows a car to drive itself with no human intervention under most circumstances.

Plus is among several auto firms looking to adopt their technologies to long-haul driverless trucking, which is widely seen as a viable application of self-driving technology because the highways on which rigs usually run tend to have less complex traffic conditions.

Plus said that it plans to pilot its fully driverless trucks in a dedicated scenario in 2022.