By Ma Danmeng and Wang Xintong 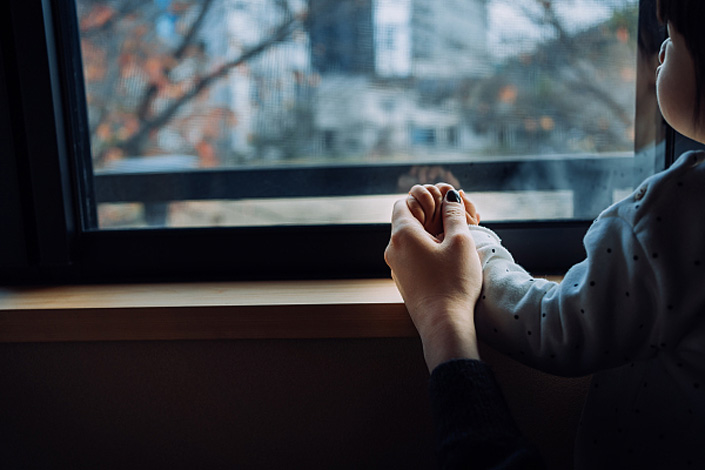 Nearly a quarter of Chinese adolescents were found to be suffering from depression in 2020, according to a report. Photo：VCG

Chinese experts have called for more preventive intervention to tackle children’s mental health issues, especially in rural children, amid warnings that many reportedly suffered from depression and anxiety during the Covid-19 pandemic.

The pandemic has infected more than 200 million people worldwide and claimed millions of lives, data from Johns Hopkins University shows.

Strong stigma surrounding mental health issues means people often wait until they have a diagnosis before seeking treatment, said Wu Fan, a member of the National Working Committee on Children and Women under the State Council, China’s cabinet.

A lack of preventive intervention has held up work to tackle children’s mental illnesses, Wu said late last month at a forum in Shanghai on preventing psychological crises among rural children. She also suggested more effort should be put into enhancing resilience and promoting children’s mental development.

Although it remains unclear whether the epidemic was the leading factor that affected children’s mental health, it forced many students to stay at home for months, interrupting their daily lives and probably intensifying family conflicts, Wu said.

In 2020, nearly a quarter of Chinese adolescents were found to be suffering from depression, including 7.4% with severe depression, according to a report (link in Chinese) by the Chinese Academy of Sciences. The detection rate rose as students moved up grade levels, the report said. The country has more than 250 million minors, accounting for nearly 20% of the total population, the seventh national census showed.

“Some people didn’t realize mental health among children would become a huge problem. However, many have found it’s necessary to prepare for this eventuality due to the pandemic,” said Zhang Zhen, secretary general of the Guangzhou-based RiCi Foundation. The purpose of preparing is to strengthen children’s mental resilience to better cope with unexpected events while emphasizing the importance of prevention.

Currently, there are policies in place that highlight the importance for children of having a protective environment. For example, tens of thousands of left-behind children are being given supervisors who will be there to offer a supportive role while parents are working in other cities, Wu said.

However, the prevention of children’s mental health problems has been ignored, she said, noting that the country should pay more attention to children’s cognitive abilities and coping strategies as well as their emotional connection with their parents. She also called for the central government to build an “effective” response mechanism and cultivate a team of multi-level professionals to deal with such issues.

This story has been updated to remove some unnecessary information and to correct the name of the Guangzhou-based foundation whose secretary general is Zhang Zhen. It is the RiCi Foundation.