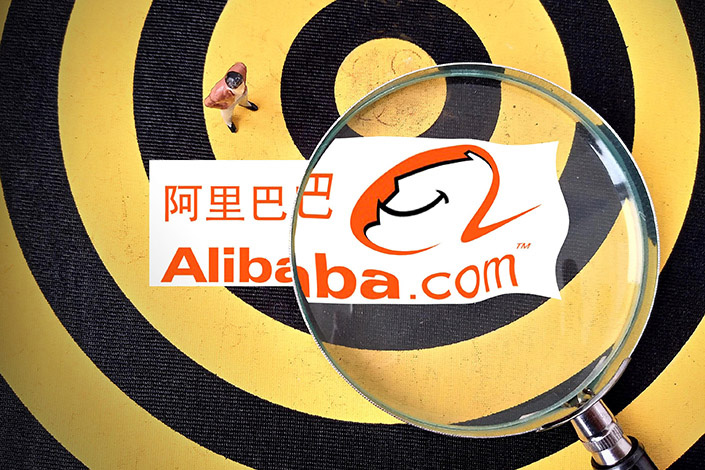 Late on Aug. 7, an Alibaba employee wrote a blog post in which she made accusations of sexual harassment and assault during a business trip on July 27 to Jinan, the capital of East China’s Shandong province. In the post, the employee said she had been made to go on the trip, during which a client had forced her to drink, then groped and sexually assaulted her. She went on to say that her supervisor had raped her multiple times that night and that she had reported the matter to Jinan police after regaining consciousness.

The employee returned to Alibaba’s home city of Hangzhou on Aug. 2, and said she told senior company management about the assault, demanding that her colleague be held accountable. She said management responded by asking, “Is it possible to strike a deal without drinking?”

In despair, the employee made placards and took a loudspeaker into a company cafeteria to tell fellow Alibaba employees what had happened. Despite this, Alibaba didn’t do anything publicly about the case until the story caught fire online. Alibaba is investigating the matter.

The employee’s accusation is so far the only source of information. If proven, this would be considered a serious case of sexual assault as well as a case of criminal and illegal activity during a commercial deal-making visit. The female employee had her dignity taken from her.

If found guilty, the client accused of groping could be sentenced to as many as five years in prison. The people who arranged the dinner and ordered the alcohol could face charges of being accomplices. The male supervisor is a suspect in a rape case.

Alibaba also has some liability in the incident, as it has been accused of covering up for the supervisor, while allowing its staff to become a plaything for its employees and clients.

What did Alibaba do in the days between the employee’s complaint to the company and the online exposure? They should have made a full investigation and acted in a responsible way. By standing with the accused, Alibaba left itself open to the accusation of obstructing justice.

Evidence is the core of any case. In this case, whether there was molestation or rape can only be determined by evidence.

The employee explicitly alleged that the client and her supervisor committed offenses of indecency. As the client is said to have retorted that, “it was just a normal dinner and I didn’t do anything out of line,” further verification is required.

This should include an investigation into whether DNA or other traces from the client’s clothing were found on garments belonging to the woman employee, and whether there were witnesses to any act of indecency. Did the hotel’s surveillance video capture any act of indecency? Were any of the client’s bodily fluids found during subsequent medical inspections?

With regard to the alleged rape by the supervisor, video footage shows that he entered and left the female employee’s room four times, which is quite unusual. His justification that he wanted to make sure the woman was safe doesn’t square with common sense. However, it also doesn’t prove that he molested or raped his colleague. The footage is circumstantial evidence at best. The alleged victim’s testimony and surveillance video do not alone prove the supervisor’s guilt. Evidence in the form of DNA or clothing traces would be far more significant.

The woman’s underwear is key to answering these questions and it appears to be missing. In her blog post, the employee said, “I saw the clothes I wore the day before piled up next to me. I combed through them but couldn’t find my underwear. I left no stone unturned but it was not there. However, I found an opened condom package on the nightstand.” The missing underwear and the condom are significant clues, and the police need to spare no effort to find the former, regardless of whether it was taken out of the room, put somewhere else, or discarded.

If they succeed and there is trace evidence, then the accusation can be proved.

In a word, evidence determines the development of the case. There’s a due process for handling such cases. In criminal investigation, this is needed to protect victims and prevent evidence from being obtained illegally. This puts high demands on the competence of the police.

In this case, however, what measures the police took remain unknown because they have not yet responded. Indeed, as the suspect went home after submitting a written statement, it appears that the police didn’t have much evidence against him. As the accusation aroused heated public discussion, the police said they would “work actively to collect evidence.” Is it possible to find anything useful now? A question mark hangs over this. The police might have to intensify their work, by restarting the investigation.

So far, the evidence suggests that the suspect may have committed the crime, but that this cannot be proven beyond all reasonable doubt. The police need to continue looking for evidence. With enough evidence, the suspect could be charged and convicted, or acquitted of sexual assault. Understandably, ordinary people know little about evidence protection. Yet judiciary authorities must be professional to ensure the protection of victims, the punishment of the guilty, and justice in the face of true criminals.

Ding Jinkun is a Shanghai-based lawyer.