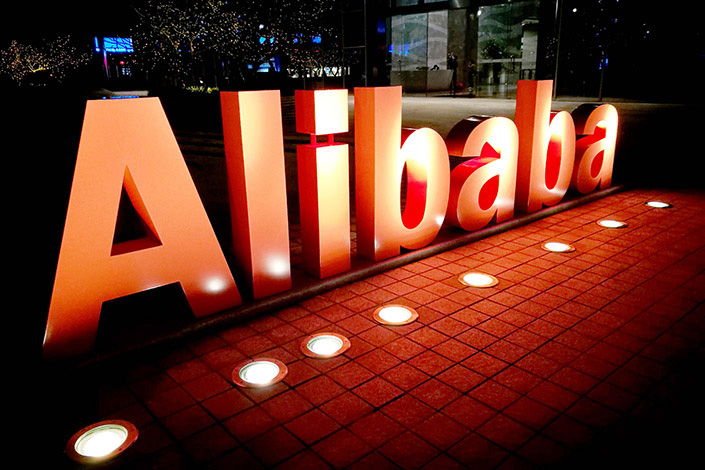 Although police have not released the results of the investigation into the case in which an Alibaba employee stands accused of sexually assaulting a woman he worked with, Alibaba Group Holding Ltd. itself has dealt with the scandal internally.

Early Monday, Alibaba Chairman and CEO Daniel Zhang released the results of an interim internal investigation and announced changes the company will make in the wake of the case. The male employee accused of sexual assault was be dismissed and will never be employed by Alibaba again; Li Yonghe, president of intracity retail at the company, and Xu Kun, a manger in the company’s human resources department, have resigned. Judy Tong Wenhong, Alibaba’s chief people officer, was handed a demerit as punishment. This decision comes 13 days after the victim of the sexual assault called the police, and one and a half days after the scandal drew public attention.

The police are currently investigating whether the allegations of sexual assaults are true. The people involved have different stories. However, Alibaba’s preliminary investigation results that some basic facts have been established in the case.

First, the victim, a woman who worked for the company, was asked by her direct supervisor to attend a work event where she had too much to drink. Second, the victim’s direct supervisor, the male employee accused of sexual assault, was excessively intimate with the victim when she was drunk. Third, before the victim wrote about what happened to her online, she reported the incident to the relevant persons in charge, but it was not dealt with in a timely or effective manner. Fourth, after the scandal blew up online, Alibaba promptly dealt with several employees involved and promised to make changes to prevent future cases of sexual harassment.

In fact, this scandal follows a template, and is similar to many sexual harassment cases in China. Victims, under either explicit or implicit pressure, are forced into dangerous situations where they get hurt. After that, some victims choose to live with the pain and keep quiet, while others bravely stand up to fight for their rights. Aside from risking public humiliation, victims who tell their stories may not be treated well by their employers or the law. Nevertheless, if there is public pressure and basic facts have been clarified, relevant work units or competent authorities will respond and immediately deal with the case.

Of course, the Alibaba case is still special. As a large company, Alibaba is a place where many aspire to work. Whistleblowers risk losing their hard-won positions. In addition, large companies have strict management systems to prevent such cases from turning into public incidents. When incidents occur, they will be quietly “taken care of” internally. Even if they are exposed, large companies have more advantages than other enterprises in terms of setting the agenda and controlling the discussion.

But large companies also have their own particular vulnerabilities. To maintain their reputations in the face of turbulent public opinion, large companies tend to take more drastic measures when handling such cases. No employee, even upper management, is more important than the company itself.

It seems contradictory, and yet consistent. According to the victim’s story in the Alibaba case and the company’s actions, Alibaba has shown it has two faces when it comes to sexual harassment and sexual assault. One is the face of irresponsibility. According to the preliminary investigation results. “The responsible parties at Alibaba have not been sensitive or attentive enough and did not do what was needed to solve the situation. They were not proactive and relevant information has been ignored.”

It further stated that “the HR team has not paid enough attention and care to the employees. Meanwhile, there is a lack of a functional emergency response system, and serious errors in judgment have been made.” At least for some of those with the authority to deal with the incident, such incidents are not a high priority, while some do not even think that these are anything serious. However, others adopt a zero-tolerance attitude toward sexual harassment, which is mirrored in an internal letter from the CEO.

No matter how severe Alibaba’s final punishment will be, the fact is that there is a serious deficiency in sexual harassment and assault prevention policy, in government, at companies and at other public institutions. The costs for people who sexually harass or assault someone are extremely low — perpetrators often holds natural advantages, while victims are not only at a disadvantage but also have to bear the high costs of safeguarding their rights and interests. Moreover, companies tend to repress victims because there are afraid that a scandal will hurt their business and image. Many cases get swept under the rug, using all manner of excuses.

Sexual harassment and assault have been problems for many years. Despite the awareness of the problems in society, many perpetrators, for reasons both cultural and institutional, still have nothing to fear. There are even certain cultural advancements for women that can aid the perpetrators of sexual assault. One example is “peijiu” culture (having women accompany men for drinks to liven up the atmosphere). It is a deep-rooted notion for many men that a good atmosphere cannot be created without women drinking with them, making drinking an activity which women have to master. In fact, the underlying logic behind this perception is consistent with that of sexual harassment. A vulgar mindset is at work here.

In recent years, continuous efforts have been made to build some restraint into society, including sexual harassment and sexual assault policies at companies. But old practices die hard and these efforts are far from sufficient.

In some places outside of China, it’s not only the perpetrators who can be held responsible in sexual assault and harassment cases. Their employers can also be held liable for failing to thoroughly investigate incidents or to take measures to prevent unwanted behavior.

In short, preventing sexual harassment and sexual assault cannot be achieved without the government formulating legal norms and without enterprises and public institutions creating complete systems of internal regulation.

The Alibaba incident will probably gradually be forgotten once police release the results of their investigation, but there will likely be similar incidents in the future. These incidents will not just be a tragedy for the victims, but for society.

Zhou Dongxu is a reporter at Caixin Media.