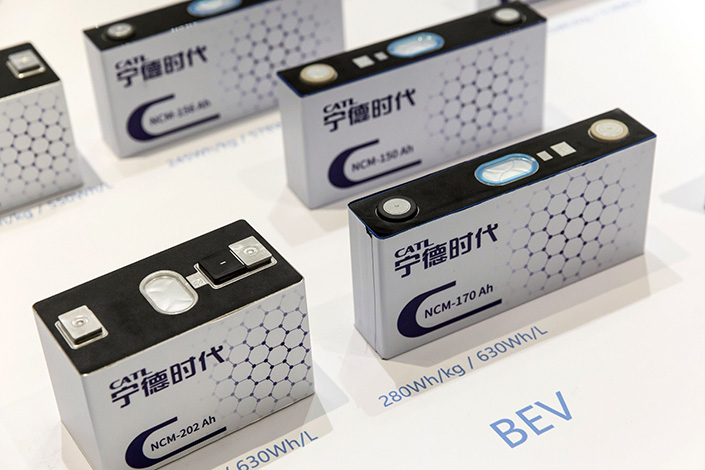 (Bloomberg) — Contemporary Amperex Technology Co. Ltd.’s board approved a plan to sell up to 58.2 billion yuan ($8.9 billion) of shares to expand the battery manufacturing giant’s production capacity amid intensifying competition in the clean energy space.

Ningde, Fujian-based CATL, which is the world’s biggest maker of electric-vehicle (EV) batteries, will sell the China-listed shares to 35 investors at most, according to an exchange filing late Thursday. Proceeds will be used specifically for lithium-ion battery projects, new-energy research and to replenish liquidity. Shares in CATL rose as much as 5.6% Friday.

The placement, for long-term development, shouldn’t have much impact on CATL’s current shares outstanding considering its relatively small size, CATL said in a statement to local media Friday.

CATL controls about 30% of the world’s EV battery market, ahead of South Korea’s LG Energy Solution at around 25% and placing above Japan’s Panasonic Corp. and fellow Chinese company BYD Co. Ltd. Its founder Zeng Yuqun last month overtook Jack Ma in the wealth rankings, a symbolic moment in the rise of China’s green billionaires.

Investors’ willingness to buy into the clean energy story has allowed CATL to raise significant amounts of money. In July last year, it completed a private stock placement of 20 billion yuan. CATL, which supplies batteries to Tesla Inc., says it targets an internal rate of return of over 16% on its projects.

China International Capital Corp. raised its earnings estimates for CATL in light of the planned new share sale, saying the proceeds should help with capacity expansion and boost CATL’s market share. The bank increased its 2022 and 2023 earnings forecasts by 20% and 45% respectively.

Other market watchers were more reserved with analysts from Morgan Stanley led by Jack Lu saying the equity raising wasn’t necessary from an operating perspective.

Zeng didn’t rule out the possibility of supplying to Tesla’s Berlin factory in an interview in June 2020.

Like its rivals, CATL has been battling a hike in raw materials prices. Last month, it unveiled a sodium-ion battery, a type of lower-density cell that uses cheaper raw materials than batteries made from lithium-ion metals and which can be used for energy storage or low-speed electric vehicles.