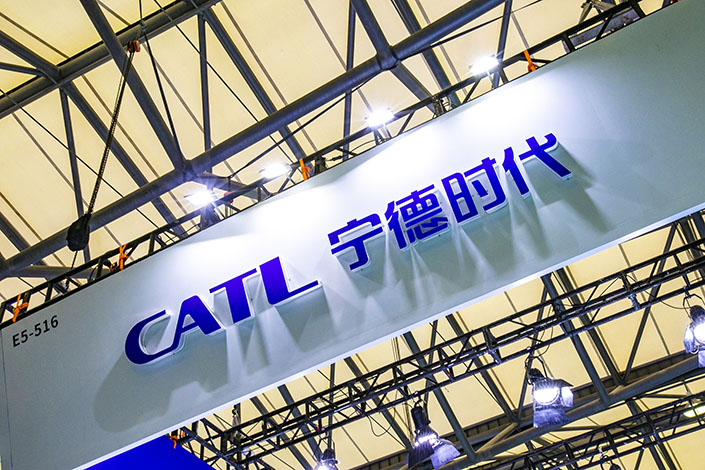 The rise in CATL’s stock price has given the Chinese electric-vehicle battery-maker a market capitalization of 1.18 trillion yuan. Photo: VCG

The spike indicates that investor enthusiasm for Chinese electric vehicle (EV) stocks has not diminished significantly in the wake of a “digital recall” of almost 300,000 Tesla vehicles that the Asian nation’s market regulator said had a software issue which sometimes caused them to accelerate without warning.

Its upward trajectory means that CATL, which accounts for more than half of the Chinese EV battery sector, now has a market capitalization of 1.18 trillion yuan, capping a month that began with it joining a select group of China-listed stocks to pass the 1 trillion yuan mark.

Some analysts have warned that the company may be overvalued, with Morgan Stanley saying earlier this month that CATL’s price-to-earnings ratio exceeded 74 times, based on a forecast of its earnings for next year.

CATL’s strong start to the week comes after the company said in a stock filing (link in Chinese) on Monday that it had signed a production price agreement with Tesla to supply the U.S. carmaker with lithium-ion batteries from January next year until December 2025.

The tie-up extends an existing deal between the two companies that runs from July last year to June 2022, according to the disclosure, which did not specify projected purchase volumes.

The signing of the agreement affirms Tesla’s further recognition of CATL’s product quality and manufacturing capacity, the battery-maker said in the filing.

Tesla declined to comment on the deal and has not disclosed which of its models use CATL’s battery packs. The EV giant makes its Model 3 sedans and Model Y sport-utility vehicles at its Shanghai facility.

Tesla’s Nasdaq-listed stocks also climbed to a monthly high of $688.72 on Monday, representing a 2.51% daily increase. They have risen by some 10.9% since the start of last week.

Investors have been bullish on China’s battery sector since the country recorded higher-than-expected sales of electric vehicles (EVs) last year, indicating that consumers are making the transition to low-carbon cars more quickly than anticipated.

In a report published in February, HSBC said EVs could represent more than half of China’s entire market for passenger vehicles by the end of the decade under the most optimistic scenario for the EV industry.

Tesla’s software problem was revealed by Chinese regulators over the weekend, when the State Administration for Market Regulation said almost every car the firm had sold in the country was susceptible to having its autopilot system activated automatically, potentially causing them to accelerate suddenly and crash. Tesla said it was rolling out a software fix.

That came after a protester was detained by police at the Shanghai Auto Show in mid-April for “disturbing public order” after she climbed atop a Tesla car to voice what she said were safety issues with the vehicles.

In January, a Model 3 appeared to catch fire in a Shanghai garage, prompting CATL to deny that the vehicle contained one of its batteries.