By Liu Caiping and Kelsey Cheng 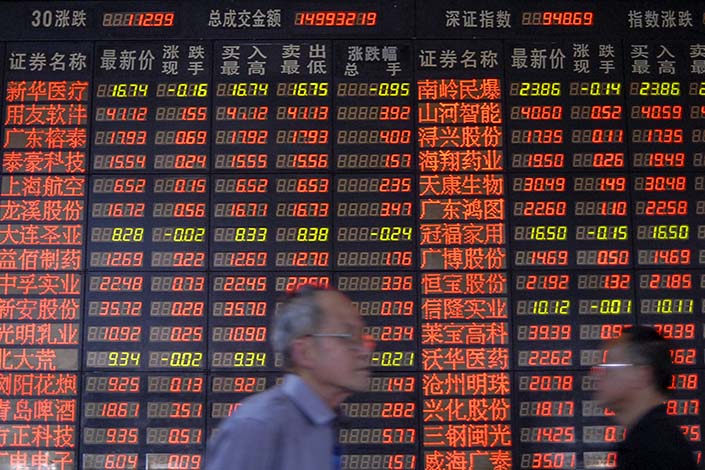 The SAC said it would strengthen its inspections and increase penalties handed out for violations to maintain the order of the IPO pricing mechanism. Photo: VCG

Regulators have taken action against 19 institutions amid a tightening oversight of price-fixing in share subscriptions on Shanghai’s STAR Market.

The Securities Association of China (SAC), an organization operating under the supervision of the China Securities Regulatory Commission, said in a statement (link in Chinese) Friday that it had found issues with the 19 institutional investors after launching a probe into the recent “high occurrence of uniform offering prices” in STAR Market IPOs.

The issues include deficient internal controls, insufficient basis for price-setting, noncompliance with established pricing procedures and failure to properly store working papers, the SAC said, without naming the 19 companies.

The probe, conducted jointly with the Shanghai Stock Exchange, involved analyses of the pricings of more than 40 stocks recently issued on the Nasdaq-like board, Caixin has learned.

One insurance company has been temporarily suspended from participating in offline subscriptions, while four fund companies, four private fund managers and an asset management subsidiary of a securities company have been banned from registering new buyers for placement of shares for one month, the SAC said. Others were issued warnings.

All five firms received warning letters demanding rectifications. Penghua, in addition to the warning, has been summoned to talks with regulators on Aug 19.

The SAC added that it would strengthen its inspections and increase penalties handed out for violations to maintain the order of the IPO pricing mechanism.

Back in September 2020, the Shanghai exchange warned investors against negotiating bid prices in their subscriptions to shares of IPOs on the STAR Market.

Investors were suspected of offering concerted prices and some lead underwriters had failed to provide investment value research reports independently and prudently.

The STAR Market, formally known as the Science and Technology Innovation Board, was launched in June 2019. The market adopted a registration-based IPO process, a generally shorter reviewing procedure than that used elsewhere on the Chinese mainland.