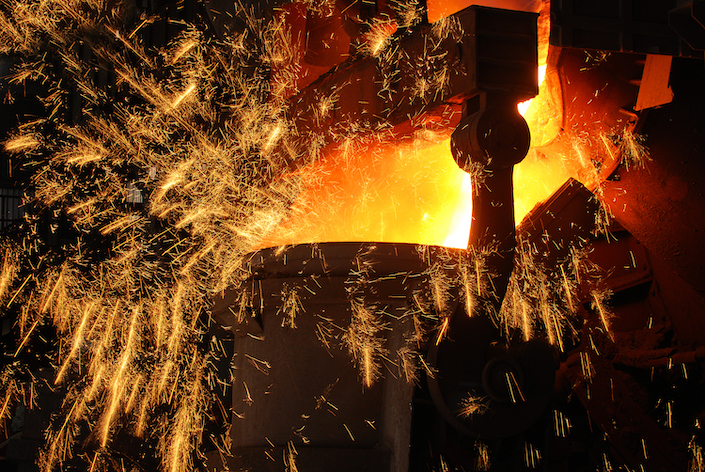 Bengang Group said the State-owned Assets Supervision and Administration Commission (SASAC) approved the combination of Ansteel and Bengang Group. The controlling shareholder of Bengang Group – Liaoning’s SASAC – will transfer 51% of the steelmaker to Ansteel. The move signals the government stepping up consolidation of the steel sector. The merger will form the largest steelmaker in northeastern China and the world’s third-largest behind China’s Baowu and Luxembourg’s ArcelorMittal.

The Gulei Refining complex, a 50-50 joint venture of Sinopec’s Fujian Petrochemical Co. Ltd. and Taiwan Xuteng Investment Co. Ltd., started first-phase operation in Zhangzhou, a city in China’s Southeastern Fujian province, Sinopec said Thursday in a statement. With an investment of 27.8 billion yuan ($4.3 billion) for the first phase, the plant aims to produce high-end chemical products, including polypropylene, ethylene glycol and styrene. The complex is part of efforts to step up refinery integration between the two sides of the Taiwan Straits. China's ethylene production capacity will grow strongly this year as a wave of new capacity comes online.

China’s output of crude steel totaled 86.79 million tons in July, down 7.6% from June and 8.4% from a year earlier as authorities stepped up efforts to reduce steel production to meet carbon neutrality goals. Since June, several major steel production provinces including Gansu, Anhui and Shandong issued local targets for reductions. Hebei province, China’s largest steel production base, has yet to publish a formal plan but needs to cut crude steel production capacity by 16% during the second half to meet a target of reducing output by 21.7 million tons this year.

Hong Kong-listed electric utility China Power International Development Ltd. reported a net profit of 1.37 billion yuan ($211 million) in the first half, a year-on-year increase of 16.98%. The company’s operating revenue rose 26.71% to 16.54 billion yuan. The company attributed the growth to an accelerated release of capacity from its renewable energy projects and increased electricity sales. The company’s power sales in the first half reached 49.44 million megawatt-hours, an increase of 23.67% from a year earlier, with wind power up 40.91% and photovoltaic electricity by 54.06%.

Beijing Shougang Co. Ltd. (000959.SZ) reported a 556.25% jump Thursday in first-half net profit to 3.43 billion yuan ($528 million). In addition to rising steel prices, the company attributed the stronger profitability to increased sales as the second phase of Shougang Jingtang was put into operation.

China will curb development of projects that have high energy intensity and are highly polluting as many regions struggle to meet energy targets for the year, the National Development and Reform Commission (NDRC) said Tuesday at a press conference. Nine provinces in China, including Guangdong, Yunnan and Jiangsu, experienced year-on-year increases in energy consumption in the first half. The NDRC urged local authorities to take effective measures to meet the annual energy consumption and carbon emission targets. Meanwhile, the commission will improve the mechanism for controlling energy consumption and will roll out a three-year plan to guide local authorities on curbing the expansion of high energy-consuming and high polluting projects.

Beijing mapped out an ambitious plan to develop the hydrogen energy industry over the next five years, according to a development plan issued Monday by the Beijing Municipal Bureau of Economic and Information Technology. The plan laid out major tasks for industrial chains and relevant applications. Under the plan, the Beijing-Tianjin-Hebei region would achieve a cumulative scale of hydrogen energy industry chain valued at more than 100 billion yuan ($15.4 billion) by 2025 and cut emissions by 2 million tons. The city would have more than 10,000 hydrogen fuel cell vehicles and 37 hydrogen fueling stations by then, it said.

With coal mining companies speeding up mergers and reorganizations, industrial concentration in China’s coal industry has increased significantly, according to the China National Coal Association (CNCA). The top eight coal mining companies produced a combined 1.86 billion tons of coal in 2020, contributing 47.75% of the country’s total coal output, 6% more than a year earlier. Meanwhile, the number of companies producing 10 million tons of coal dropped from seven to six during the same period. The industry will continue to increase concentration, shrinking the number of coal mines to 4,000 by the end of 2025, according to guidelines for coal industry development during the 14th Five-Year Plan issued by the CNCA in June.