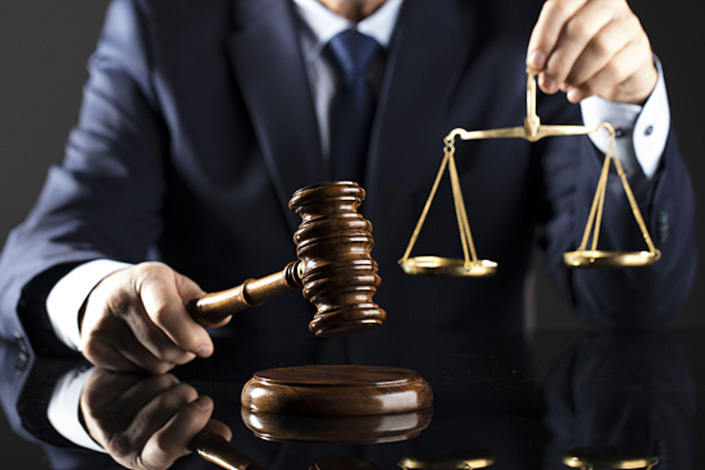 Five years after they got into a fistfight with a customer at their family’s gas station in Gansu province, Huo Xiaodong and his brother Huo Xiaoming are still working to clear their names.

After the fight, county police handed the brothers an administrative penalty— which in their case involved a fine and a short stint behind bars.

This kind of penalty is handed out directly to people or organizations by government departments without a trial. It can involve punishments such as a fine, detention for up to 15 days, or confiscation of ill-gotten property.

Though the fight happened in 2016, the brothers got a letter informing them of the penalty in June 2019 and were locked up the same day.

The brothers say the penalty was unjust, as the fight was started by the customer. After they were freed, they filed for an “administrative reconsideration,” hoping the decision would be overturned by a higher authority and they’d receive compensation.

However, the next police department up the chain of command — that for the city of Lanzhou that administers their county — upheld the county cops’ decision.

The case is a typical example of the shortcomings of the administrative reconsideration system. China’s top authorities have recently set ambitious reform plans, but local experiments show that efforts to improve the system can be hamstrung by the difficulty of getting enough civil servants assigned to this field.

Legal experts say the system hasn’t won public trust, as it’s seen by many as government departments simply making decisions about whether or not their own decisions were correct. To win over the public, the system needs to become more fair, professional and neutral, the experts say.

A document on advancing the rule of law issued on Aug. 11 by the Central Committee of the Communist Party and the State Council, China’s cabinet, set a timeline for reforming the system. It says that a fair, unified and efficient administrative reconsideration system should be established by the end of next year.

In April, a draft amendment to the Administrative Reconsideration Law was included in the legislative work plan of the national legislature’s top decision-making body. The draft is scheduled to be submitted for deliberation by lawmakers within the year.

The administrative reconsideration system was established in 1990 to offer citizens a clear channel to contest administrative penalties and get their cases reviewed by a higher-level administrative agency. It was written into law in 1999, and further regulations on implementing it were issued in 2007. A draft amendment to the law was publicized in November last year by the Ministry of Justice.

Another motivation for implementing this system was to offer quicker and cheaper results than challenging government departments through the courts. However, in the years since this system was implemented, it has seemingly fallen out of favor, with more people choosing to challenge official decisions by submitting petitions or taking cases to court, despite the costs and time involved.

According to a November statement released by the Ministry of Justice, since 1999, administrative organs nationwide have handled more than 2.4 million reconsideration cases and rectified 296,000 illegal or improper administrative decisions.

The ministry’s statement said that amendments to the law are needed as the past two decades have revealed problems that have to be dealt with. Government resources to deal with administrative reconsideration cases are scattered, and there are no unified standards for handling cases. The system also faces questions over its transparency as most reviews are only done “on paper,” with a focus on reviewing documents and files, without holding public hearings or conducting new investigations, the ministry said.

According to the Ministry of Justice, in 2020, administrative reconsideration organs at all levels handled 242,000 cases, while courts across the country concluded 266,000 administrative litigation cases, not counting appeals.

In the past decade, legal scholars have advocated amendments to the law to make it a more popular option and to alleviate stress on the judicial system.

“When a large number of administrative dispute cases flood directly into courts, it not only causes a strain on judicial resources, but also makes it difficult to effectively protect people’s rights given litigation’s high cost and long cycle,” Zhou Youyong, director of the Department of Politics and Law at the Central Party School, wrote in an article.

Some cities have already begun to experiment with reforms at the local level. In 2015, the city of Yiwu in Zhejiang province centralized all government departments’ review powers by establishing a specific bureau for handling administrative reconsideration cases.

One big problem facing the bureau, however, is a lack of personnel. He says it’s hard to recruit staff, as they need to pass a judicial examination and the job has a heavy workload. Meanwhile, some staff members were also often asked to be involved in other work in poverty alleviation or epidemic prevention and control, she said.

In order to become the main means for citizens to resolve their disputes with administrative agencies, legal experts noted that the system has to improve its fairness, professionalism and transparency to obtain credibility.

“Many see the system of administrative reconsideration as administrative agencies making rulings about themselves, so they have doubts about it,” said Ying Songnian, a professor at the China University of Political Science and Law.

As the system works through higher-level administrative agencies in the same chain of command ruling on disputes between their subordinate agencies and the public, people see it as “officials protecting each other,” which is an inherent shortcoming of the system, he said.

Zhang Jiansheng, a law professor at Zhejiang University, said it is important to guarantee neutrality, professionalism and due process in the administrative reconsideration process in order to win the public’s trust.

“The premise for people applying for administrative reconsideration is that they believe that the reviewing organs can protect their legitimate rights and interests. They will go for other options like petitioning or administrative litigation if this trust is not established,” he said.