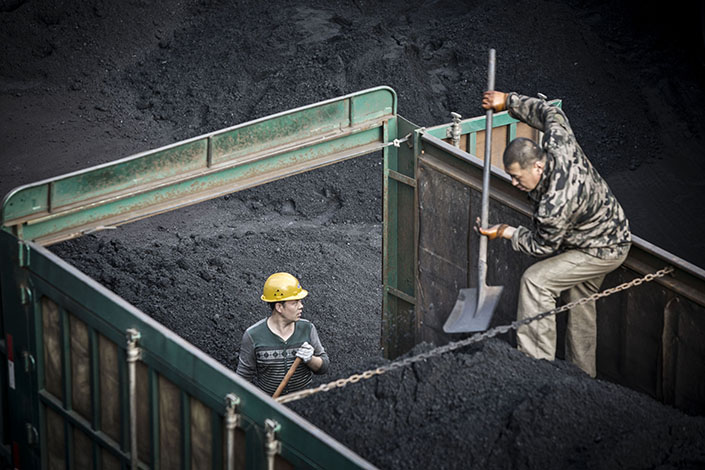 Employees unload coal from a truck at a coal mine and processing facility in Liulin, Shanxi province. Photo: Bloomberg

(Bloomberg) — Approvals for major new coal power plants by China’s local authorities show the tension in the nation’s efforts to meet climate goals, even as the overall total of projects given the go-ahead falls, according to campaigners.

Local authorities approved 24 plants with a combined capacity of 5.2 gigawatts, a 79% decline from the same period in 2020, Greenpeace said in a report published Wednesday. Even so, the majority of that capacity will come from three large-scale projects earmarked for potential support from central government.

China’s policymakers have offered at-times conflicting signals on plans to meet President Xi Jinping’s goal to zero out greenhouse gas emissions by 2060, and to begin reducing coal consumption from 2026. Immediate steps to cut pollution are being balanced against efforts to secure power supplies and to support a heavy industry-led recovery from the pandemic.

The Communist Party’s Politburo last month called for a more coordinated, orderly approach to carbon neutrality, a move that’s been widely interpreted as a signal to avoid aggressive measures.

Most new coal approvals identified in the Greenpeace report are for relatively small plants designed to provide both electricity and heat for industrial parks or dense urban dwellings. The other three, however, are massive generators designed only for electricity generators, accounting for 3.3 gigawatts of capacity in the coal-rich provinces of Anhui and Shaanxi.

There are still almost 105 gigawatts of coal-fired power plants included on lists of projects that could qualify for preferential treatment from China’s federal government, Greenpeace said.

A separate study earlier this month showed state-owned firms had proposed 43 new coal-fired generators and 18 new blast furnaces in the first half of 2021.