By Ding Yi and An Limin 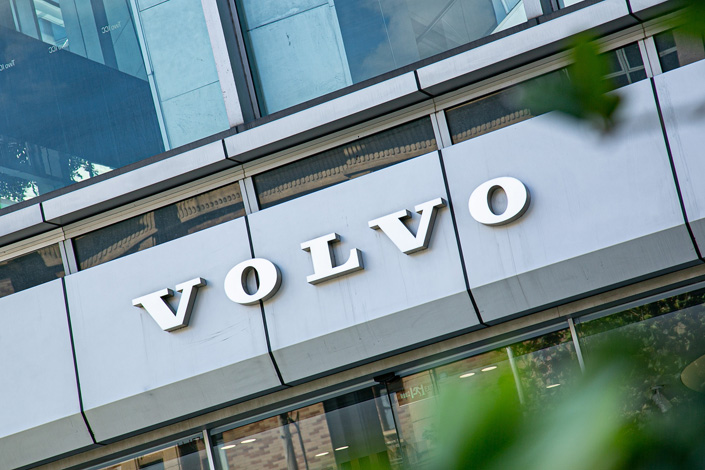 Sweden’s AB Volvo has agreed to buy a Chinese truck producer for about 800 million yuan ($123 million) to capitalize on a boom in China’s logistics industry, as Beijing phases out decades-old restrictions on foreign ownership in vehicle manufacturing.

The agreement, which is awaiting the approval of China’s regulators, will give Volvo’s truck arm full ownership of JMC Heavy Duty Vehicle Co. Ltd., a wholly owned subsidiary of state-owned carmaker Jiangling Motors Co. Ltd. (JMC), and its factory in the northern Chinese city of Taiyuan, Volvo said in a statement on Monday.

Full ownership means that Volvo Trucks doesn’t need to share its technologies with local partners, and it can take all the profits earned in the Chinese market.

As part of the deal, Volvo Trucks plans to use the Taiyuan facility, which is expected to have an annual production capacity of 15,000 units within a few years, to produce its Volvo FH, Volvo FM and Volvo FMX heavy-duty trucks for the Chinese market starting at the end of 2022, the statement said.

From 1994 onward, Beijing followed an industrial policy that required foreign carmakers to set up 50-50 joint manufacturing ventures with local partners. This lasted until 2018, when the rule was partially eased with the lifting of the cap on foreign ownership in joint ventures building fully electric and plug-in hybrid vehicles.

In 2020, Beijing removed the foreign ownership restriction on commercial-vehicle manufacturing, which spurred the enthusiasm of foreign carmakers, including South Korea’s Hyundai Motor, which raised its stake in its cargo truck joint venture in China to 100% from 50% that year. Beijing has also promised to remove the foreign ownership cap on joint ventures making passenger vehicles in 2022.

The acquisition comes as many global truck-makers are considering localizing their manufacturing in China, where a boom in e-commerce and logistics has led to a surge in demand for cargo trucks and vans.

“Over the last couple of years, we have seen a fast development of the logistics markets and an increasing demand for our premium trucks and services. To meet the demand from Chinese transport operators, the time is right for us to establish a regional chain with our own heavy-duty truck manufacturing in China,” said Volvo Trucks President Roger Alm. Volvo Trucks said that it sold 4,500 heavy-duty trucks in China last year.

In 2020, sales of commercial vehicles including trucks, vans and buses in China reached 5.13 million units, up 18.7% year-on-year, according to data provided by the China Association of Automobile Manufacturers.

Monday’s announcement comes a month after Volvo Cars announced a deal with its parent Zhejiang Geely Holding Group to buy out the latter’s shares in their joint ventures in China to take full control of its manufacturing and sales in the world’s largest auto market.