CATL Goes All In on Next-Gen Sodium-Ion EV Batteries 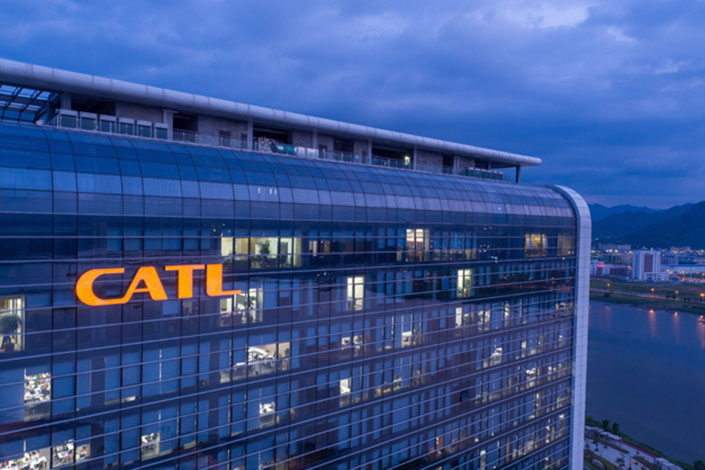 (Nikkei Asia) — Chinese battery-maker CATL's quest to shift the electric vehicle market toward a sodium-ion cell received a boost from the central government on Wednesday, after the Ministry of Industry and Information Technology announced it will create standards for what could be the battery of the future.

CATL, the world's biggest supplier of EV batteries, announced its ambitious plan to guide the industry away from lithium-ion batteries by fully launching a sodium-ion alternative in 2023 during an online briefing last month.

This is “the latest achievement of our young scientists,” said Chairman Zeng Yuqun, who is also known as Robin Zeng. Moreover, the sodium-ion batteries “are compatible and complementary with lithium-ion batteries,” he added.

CATL plans to form a basic supply chain for the sodium-ion batteries in 2023, Qisen Huang, deputy dean of CATL Research Institute, said during the presentation.

Sodium-ion batteries hold promise as the next generation of EV batteries. Not only are the cells able to recharge faster than their lithium-ion cousins, CATL says, they are also able to perform well at low temperatures.

Although CATL has not touched on this subject, the biggest advantage of sodium-ion batteries is that they do not use rare metals.

“There are merits to be had on various fronts, such as stable procurement of raw materials and lower costs,” said Tang Jin, senior research officer at Mizuho Bank.

Lithium-ion batteries use lithium and the rare metal — although not a rare-earth metal — cobalt in electrodes. Lithium production is concentrated in South America and Australia. China makes lithium independently, especially in Qinghai province, but importing the element is necessary to meet demand.

As governments across the world begin to push decarbonization, global automakers are expanding production of EVs. This has caused the price of lithium carbonate to spike recently in China. Prices this month for 1 ton of lithium carbonate fetched more than 100,000 yuan ($15,400), more than doubling from a year ago.

Formally known as Contemporary Amperex Technology Co. Ltd., CATL is expected to continue ramping up production of lithium-ion batteries, where it has built up competitive advantage. At the same time, the company will likely supply sodium-ion batteries for affordable EVs that do not run for long distances on a single charge.

CATL's battery production capacity in 2025 is expected to quintuple from the level last year. A larger share of sodium-ion batteries in the mix will cushion the negative effects to earnings.

Elsewhere in China, SVOLT Energy Technology said last month that it has started mass producing cobalt-free lithium-ion batteries. Last year, about 70% of global cobalt production came from the Democratic Republic of the Congo, creating a more lopsided supply geography than that of lithium.

Apart from the costs and limits to supplies of raw materials, companies have been developing next-gen batteries over safety concerns. Lithium-ion batteries have low resistance to shocks, and fires have been a long-standing problem.

Chinese EV maker Nio says it will release a car next year that is expected to be equipped with a type of solid-state battery that can better withstand shocks.

As EVs increase their share of all automobiles, the crucial batteries — which account for a greater relative portion of vehicle production costs — will be more exposed to potential liability. General Motors, which gets its batteries from South Korea's LG Chem, issued a series of massive recalls due to risk of battery fires.

The latest recall of Chevy Bolts is estimated to cost roughly $1 billion. LG Chem will be forced to pick up part of the tab. The development of alternative batteries also aims to limit the fallout from recalls.

Beside CATL, about 30 other companies worldwide are attempting to commercialize sodium-ion batteries, according to Everbright Securities. The batteries are in the early stages of industrialization, said the Chinese brokerage.