‘Robbing The Rich’ Is Not Part of China’s Plan for ‘Common Prosperity,’ Official Says 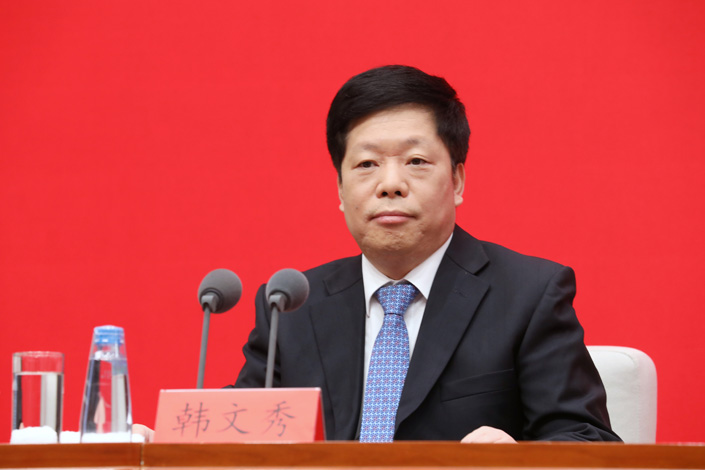 China’s efforts to build a society of “common prosperity” are not about achieving egalitarianism and do not mean “robbing the rich to give to the poor,” a senior government official told a press conference in Beijing on Thursday.

Han Wenxiu, deputy director of the Office of the Central Financial and Economic Affairs Commission, said the country’s push for common prosperity allows for “the existence of a certain gap” (link in Chinese) and the country encourages people to work hard and bring innovation.

It also allows some to “get rich first” and then guide and help others to become rich, he said.

Han’s remark appears to be aimed at quelling fears among the country’s wealthy people of mandatory income redistribution.

During an economic policy meeting chaired by President Xi Jinping last week, China’s top leaders vowed to strengthen regulation of the country’s wealthy, including “reasonably adjusting excessive” income and encouraging high-earning groups and enterprises to give back to society.

“We have achieved the goal of building a moderately prosperous society, on this basis, and we will continue to make the economic pie bigger and divide it well,” Han said at the Thursday press conference. He added that the country will “promote high-quality development, generally improve the income level of urban and rural residents, gradually narrow the gap in distribution and resolutely prevent polarization.”

Basic public services should be better implemented to cover the population, but China should “prevent from falling into the trap of welfarism,” he said.

Last week’s meeting discussed building a three-tier income distribution system in which citizens help increase the income of the poor through activities such as donations, charity and voluntary work.

Han said Thursday that this tertiary distribution is “not mandatory.” National taxation policies should give “appropriate incentives” to charitable donations, which would play a supplementary role in helping to improve the income distribution structure.

The Communist Party pledged in a 2019 plenary meeting to make more substantial progress in achieving common prosperity by 2035 (link in Chinese).

Han also noted that achieving common prosperity is a difficult and complex long-term goal, and needs “stable and gradual progress.”