Gallery: The Architect Devoted to Preservation 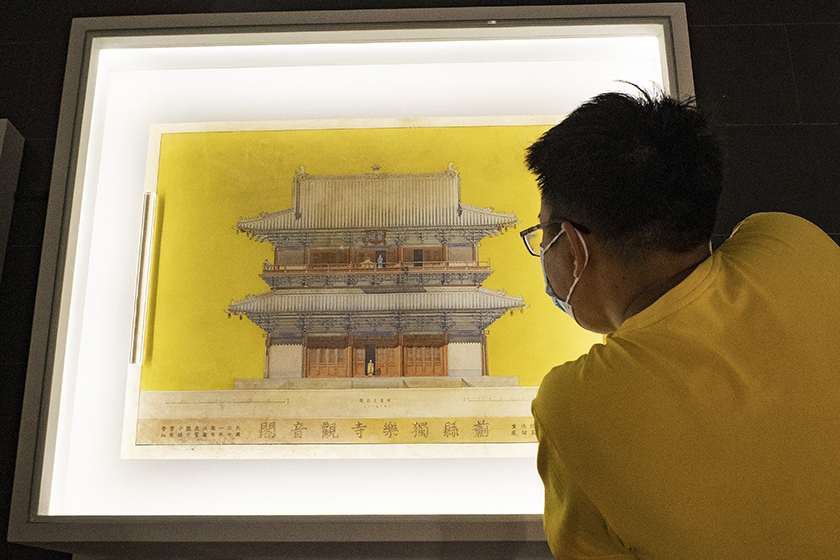 A visitor checks out a rendering of Dule Temple by the famed Chinese architect and architectural historian Liang Sicheng at an exhibition celebrating his work in Beijing on Aug. 10. Photo: Hou Yu/China News Service, VCG 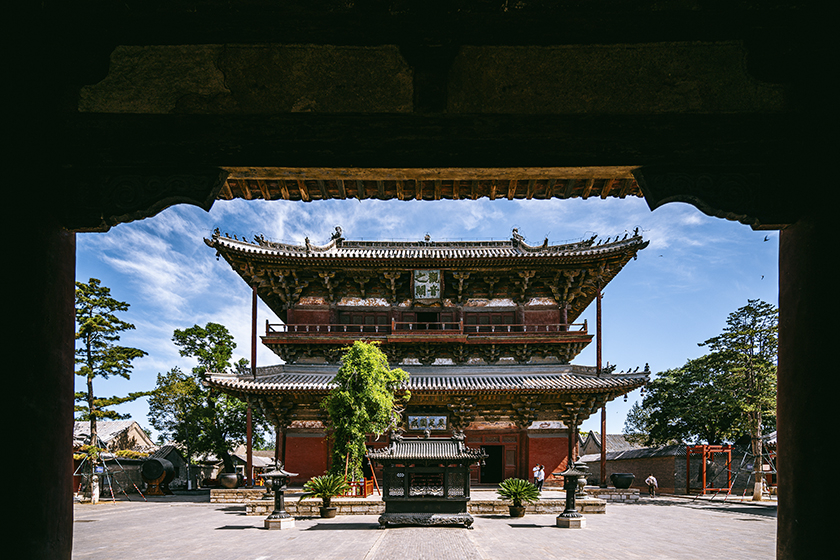 In 1932, Liang visited Dule Temple and wrote a research paper about the methods used to construct and preserve the wooden building. Photo: VCG 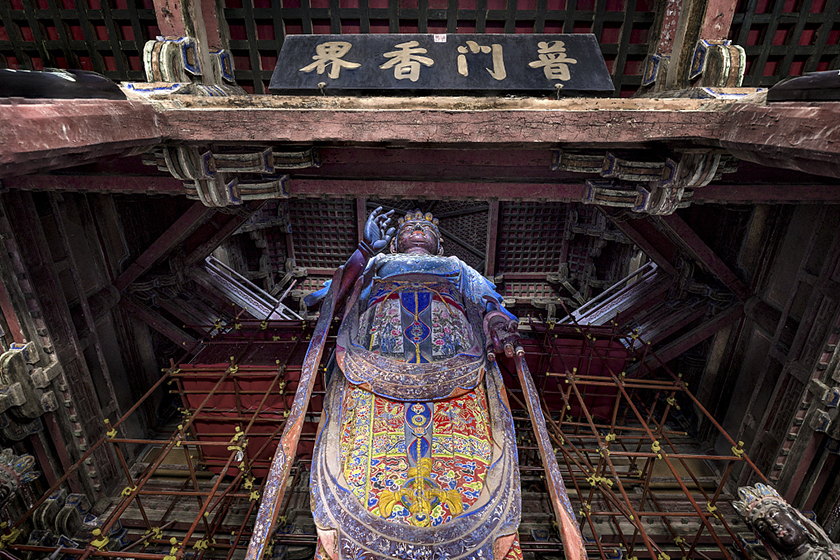 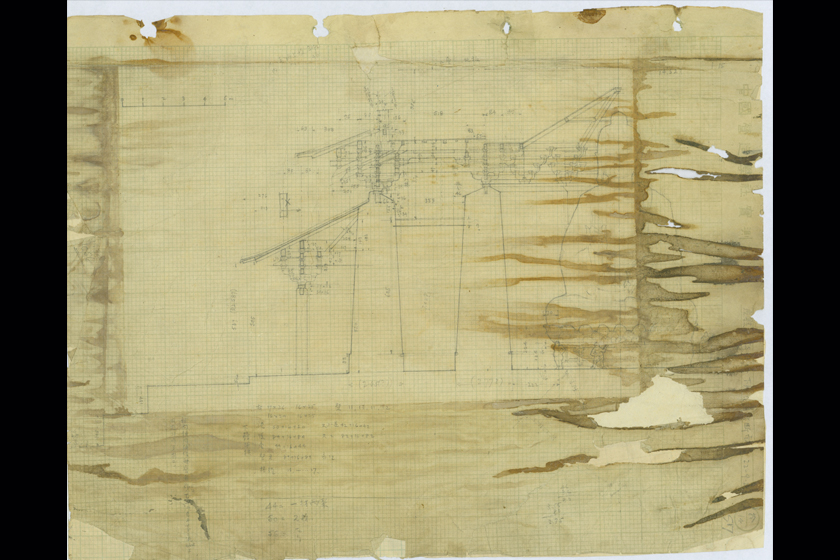 Liang drafted this rendition of the first floor of Fogong Temple’s Sakyamuni Pagoda after visiting in 1933. The drawing is one of the 362 items on display at the Tsinghua University exhibit. Photo: Courtesy of Tsinghua.edu 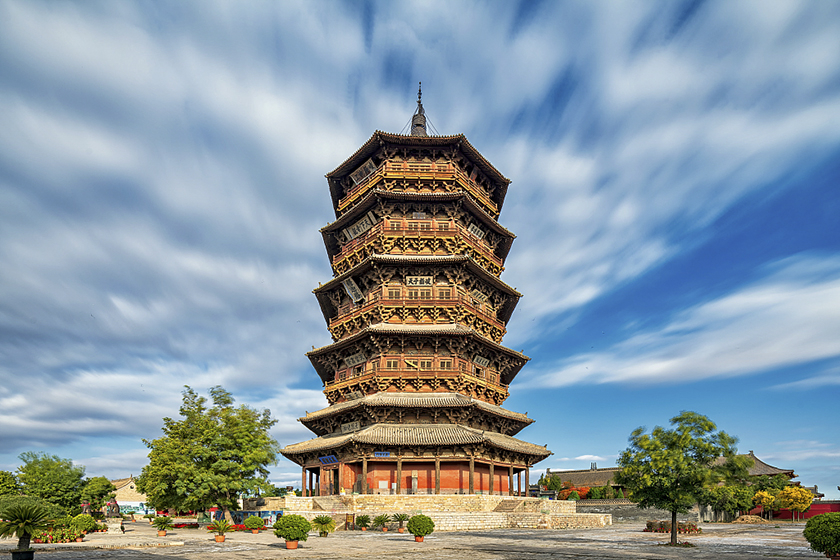 The Sakyamuni Pagoda in North China’s Shanxi province is one of the oldest completely wooden octagonal pagodas in the country. Built in 1056, it stands 67.31 meters tall. Photo: VCG 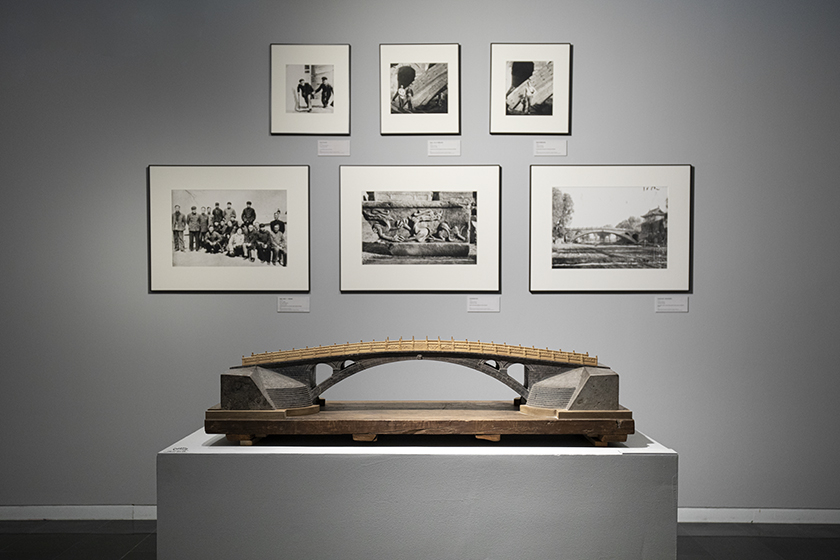 One part of the exhibit is devoted to a trip Liang took to North China’s Hebei province to study the Zhaozhou Bridge. Photo: Courtesy of Tsinghua.edu 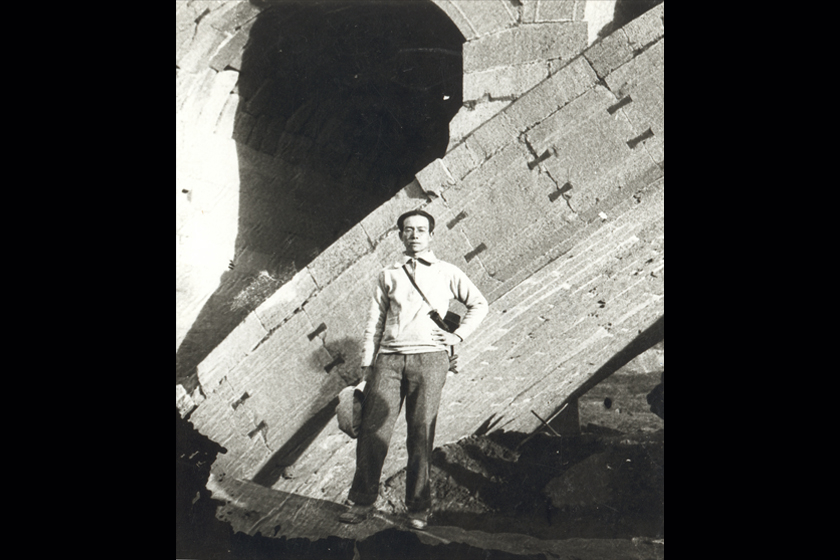 In this photo, Liang stands in front of the Zhaozhou Bridge in Shijiazhuang, Hebei province. Liang first investigated the bridge in 1933. Photo: Courtesy of Tsinghua.edu 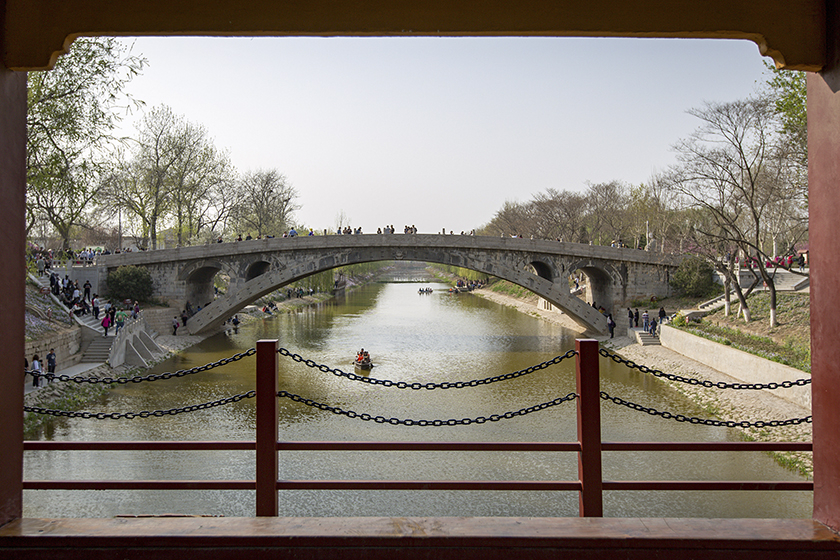 The Zhaozhou Bridge was built during in the Sui Dynasty (581-618 CE), making it one of the world’s oldest open-spandrel arch bridge made of stone. Photo: VCG 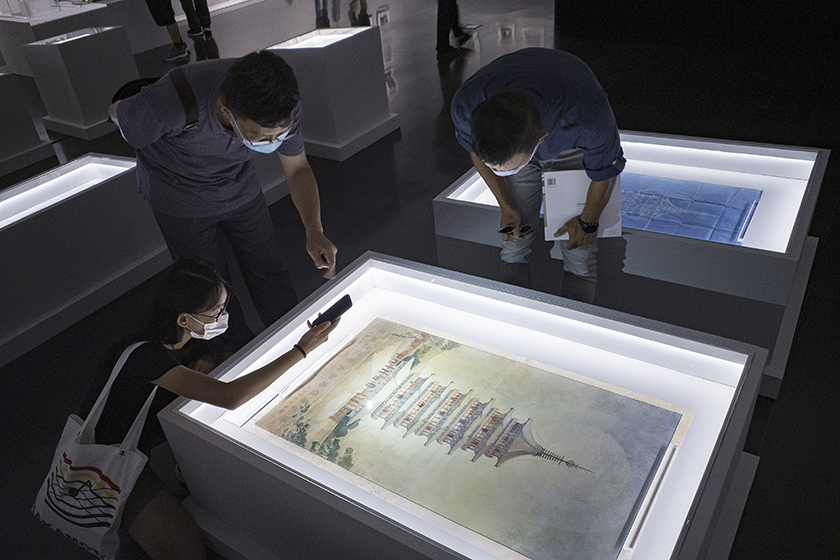 Visitors check out an image from Liang’s plan to restore the Liuhe Pagoda in Hangzhou, East China’s Zhejiang province. The plan was published in 1935. Photo: Courtesy of Tsinghua.edu 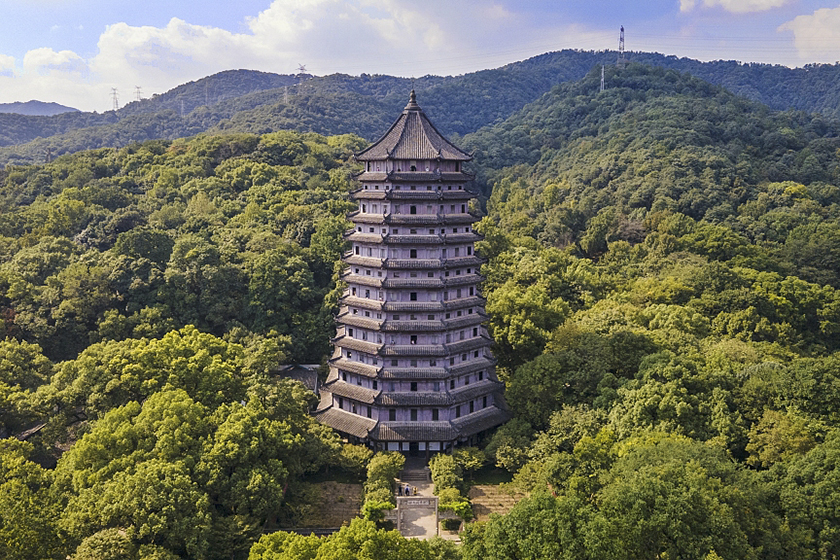 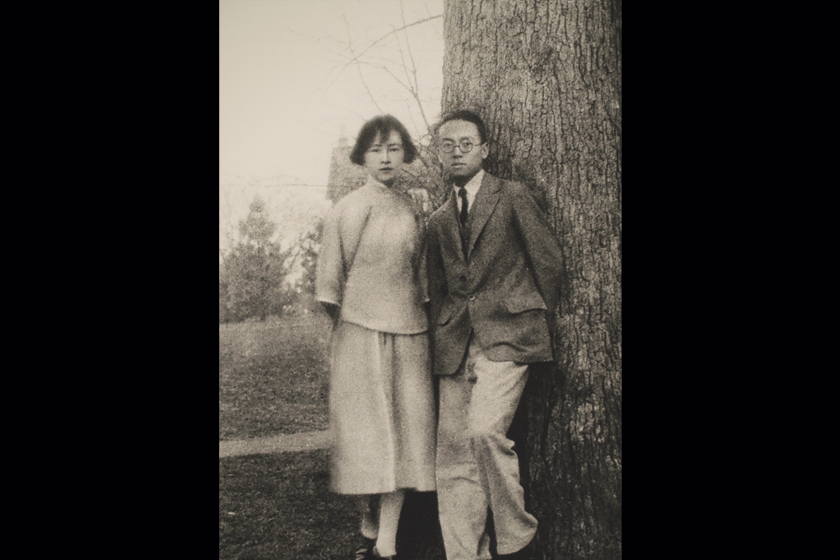 A portrait of Liang, who would have turned 120 this year, and his first wife Lin Huiyin, a famous poet and architectural historian. Photo: IC Photo 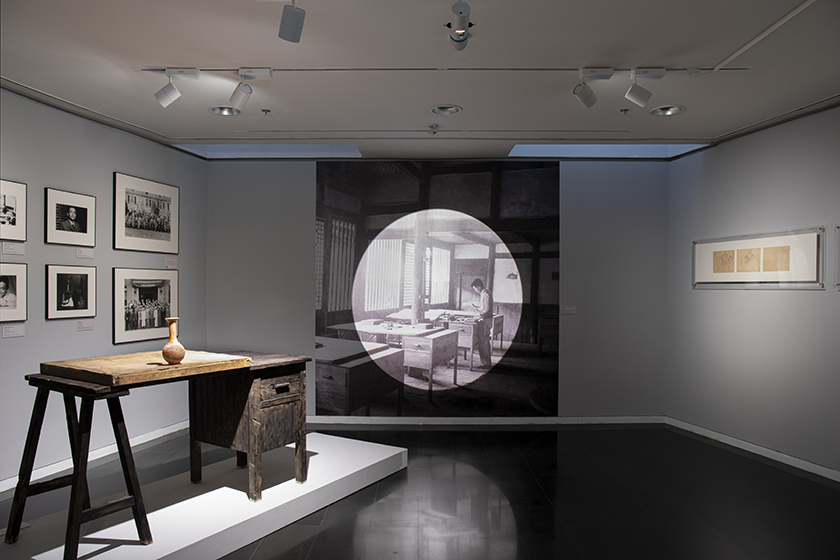 One section of the exhibit shows a representation of Liang’s studio in Southwest China’s Sichuan province. Photo: Courtesy of Tsinghua.edu 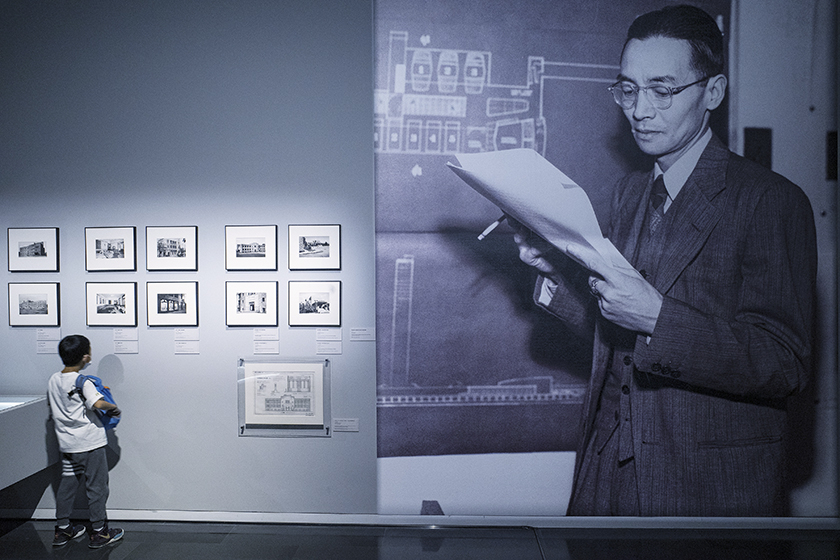 A child checks out photographs at the exhibit on Aug. 10, the day it opened. Photo: Hou Yu/China News Service, VCG