Blog: China Has Lost a ‘Pragmatic’ Voice With the Death of Former Finance Minister Jin Renqing 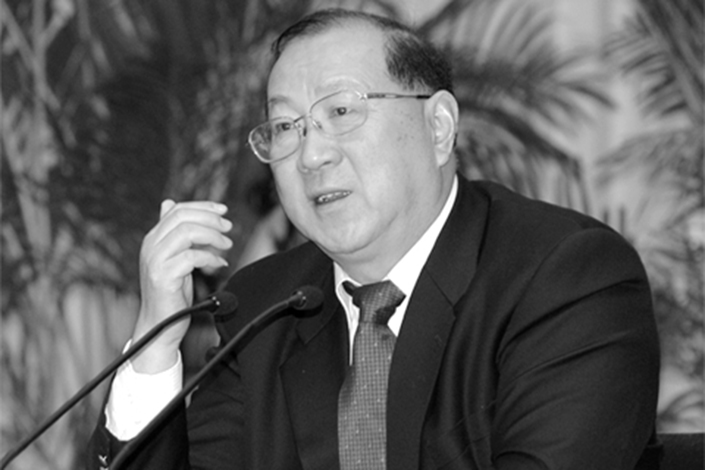 I was sad to learn that Jin Renqing (金人庆), former Chinese finance minister, had passed away. I wrote this piece in memory of him.

In 1995 I joined the investment banking department of Barclays, which was responsible for that area of the business in Greater China. On a day in March 1997, a colleague from the banking department of the Asia Pacific branch turned to me for help, saying there were some problems with a loan granted to Beijing International Trust Co. Ltd. (BITIC). The $45 million loan was granted by a syndicate of seven to eight banks based on the credit of the municipal government of Beijing. However, on the maturity date, Barclays received a handwritten fax from BITIC, which requested a renewal because “the loan was used for a project on Hainan Island and could not be repaid on time.” I should note that $45 million was a lot of money 25 years ago.

In the mid-1990s, some local government-controlled enterprises borrowed from a number of foreign lenders in forms of “soft guarantees,” which could be considered a legal grey area. For various reasons, some borrowers, such as Guangdong International Trust and Investment Corp. (GITIC) and Guangdong Holdings Ltd., were unable to repay their loans on the due date. Consequently, the then Vice Premier Zhu Rongji (朱镕基) took strict measures to control foreign borrowing by local enterprises. At the time, the People’s Bank of China (PBOC) required local governments as well as borrowers and lenders to promptly report overdue foreign loans. Overseas media outlets, meanwhile, paid close attention to China’s solvency. Jin had just been appointed deputy mayor of Beijing, overseeing economic work and the listing of Beijing Enterprises Group Co. Ltd. (BG) in Hong Kong. I had met him before that, but was not familiar with him.

After thorough consideration, I suggested that the banking department of Barclays should have a meeting with representatives from the other banks involved in the syndicate and require them to keep the problems with the loan to BITIC secret for a week. If Barclays couldn’t solve the problems within that time, it would report the matter as a non-performing loan to the PBOC together with the other banks. Collecting the loan would be a long way off for the bank syndicate, after all, according to the regulations at the time, local governments had no right to make credit guarantees for third parties.

I wrote a letter to Jin and faxed it to the Beijing office of Barclays. In my letter, I explained the problems with the loan granted to BITIC and how Barclays would handle the matter. This was to ask the members of the bank syndicate not to report it to the PBOC for one week, in the hope that the Beijing municipal government could resolve the problems in that time. I also mentioned that if BITIC did not repay its loan in time, the stock exchange listing of BG would be impacted because both of the two enterprises were under the umbrella of the municipal government of Beijing.

The next day, BITIC contacted the business department of Barclays and said that Jin held a meeting right after receiving my letter with the aim of resolving the matter as soon as possible. Three days later, my colleagues told me that the problems had been solved. It was a win-win situation. I was deeply impressed by Jin’s pragmatic and efficient leadership.

In 2000, I was responsible for investment banking in the Asia Pacific at HSBC Holdings. I visited Jin, then director of the State Taxation Administration of China and finance minister, several times and consulted him about issues regarding China’s economy. Jin had no bureaucratic airs whatsoever. Instead, he was honest and straightforward. He cared a lot about the market trends at home and abroad, especially those in the global capital market.

A few years later, Jin resigned from the Ministry of Finance and joined the Development Research Center of the State Council. It’s a pity that such a pragmatic and finance-savvy official faded from political and public circles in the intervening years. Jin may have passed away, but his memory lives on.